Get Treatment For Overactive Bladder

Our team of experts uses the most innovative and effective methods in order to diagnose and treat a wide range of conditions, including overactive bladder syndrome. Upon identifying and assessing your symptoms and your underlying affection, our specialists will formulate the most appropriate treatment plan in order to relieve your symptoms.

What Is Overactive Bladder?

A study that has been conducted in the United States has estimated that about one in six adults have reported some of the symptoms associated with an OAB, and about one in three people with an OAB have also experienced episodes of loss of bladder control. It has also been estimated that this condition is more common among women, especially when associated with episodes of loss of bladder control.

An overactive bladder can have a negative effect on a person’s quality of life, as it can cause one to feel embarrassed, or to feel the need to isolate themselves, therefore having a negative impact on their social life as well. The cause of an overactive bladder is not clear, but it has not been linked to other urological problems.

If the other methods of treatment failed to work for you or they did not have the desired effect, there are certain surgical procedures that you can opt for such as:

Drugs and Other Treatments Needed for Overactive Bladder

A good strategy in combating the symptoms of an OAB can be the combination of different treatment methods:

There is only one type of overactive bladder. OAB is not an actual disease, but the name that was given to a group of urinary symptoms. The most common of these symptoms is feeling a sudden urge to urinate that you are unable to control. One other similar and common bladder problem is known as stress urinary incontinence (SUI), but the difference between the two is that people with this condition may leak urine during physical activities, or while sneezing. 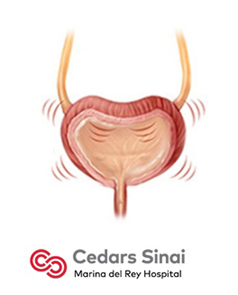 The most common symptoms related to an overactive bladder are:

In order to diagnose OAB, your doctor will perform a careful physical examination, focusing on your abdomen and genitals, and will also ask some questions about your symptoms. A urine sample might be required to test for infections or other abnormalities. Your doctor may also order some urodynamic tests in order to measure the levels of urine left in the bladder, the urine flow rate, and to check the bladder pressure. As soon as your tests will be reviewed, your doctor can prescribe adequate treatment.

There are several risk factors that may contribute to the development of OAB, for example:

Although it is not clear what causes an overactive bladder, this affection will often be associated with the overactivity of the bladder muscles. In addition to that, OAB symptoms have also been associated with:

How to Prevent Overactive Bladder

There are certain lifestyle changes you can make that may help with preventing OAB:

Do you suspect you might have OAB? You can always learn more about urinary problems and how to treat and cure them by getting in touch with our highly-skilled specialists at Cedars-Sinai Marina del Rey Hospital.