Hysterectomy is a serious step regarding your future health and this is why at Cedars-Sinai Marina del Rey Hospital you can find the safest and most advanced methods of treatment. Being one of the best practices in Los Angeles dedicated to women’s health, we have gathered at our facility the best professionals.

The most important aspect regarding hysterectomy performed by our surgeons is that the entire procedure will be a minimally invasive one, promising you less scars, less pain and a shorter recovery period.

Hysterectomy is the removal of the uterus, also called the womb. Hysterectomy is the second most common operation performed on women in America, used to treat serious gynecological disorders. (The most common is Caesarian section.) It is a serious step, to be taken when the risk of not doing the surgery outweighs the negative consequences of the operation.

How much tissue is removed depends on the disorder that the surgery is meant to treat. For example, radical hysterectomy is usually used to treat cancer. In addition to the uterus, the surgeon may remove the ovaries and Fallopian tubes, which produce eggs and carry them to the uterus.

The Main Conditions Requiring a Hysterectomy

A Hysterectomy is carried out to treat various problems associated with pelvic pain, periods, tumors and other related conditions: 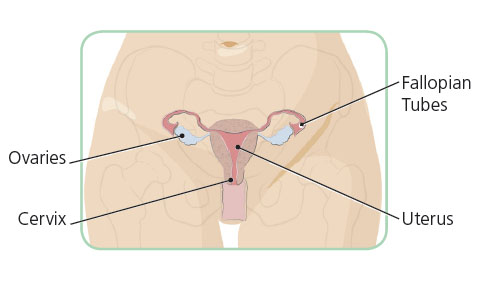 What Are the Benefits of Minimally Invasive Hysterectomy? 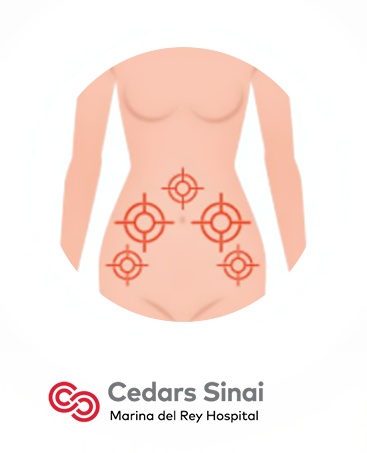 Hysterectomy surgery can help ease the symptoms associated with conditions of the uterus. Surgery can improve abnormal bleeding and pelvic pain, prevent the possibility of future uterine cancer or solve the problem of uterine fibroids or growths. Most of all, for those who suffer, a hysterectomy can improve quality of life.

With minimally invasive surgery, the biggest difference that the patient will notice is in recovery. A laparoscopic hysterectomy requires a few tiny incisions in comparison to a traditional abdominal hysterectomy which is done through a 3-6 inch incision.The surgeon then removes the uterus through one of these small incisions.

How Is Robot Assisted Hysterectomy Performed? 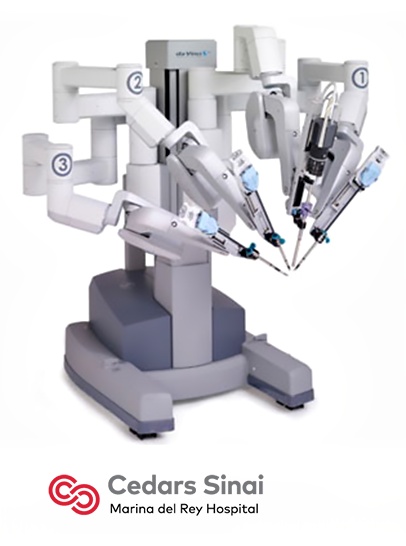 The key components of this system include:

How Does a Surgeon Perform Single-Site Hysterectomy?

Ask Your Doctor about Hysterectomy

Are you suffering from pelvic pain or abnormal bleeding? Find out more about hysterectomy and about Cedars-Sinai Marina del Rey Hospital by calling us today at 844-MISI-4-YOU. We are looking forward to scheduling a consultation and to showing you just how life changing this procedure is. 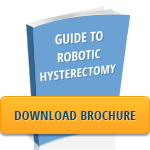 I am very overweight. Can I still have a hysterectomy?

Hysterectomy is often performed in women who are very overweight. If you are having health problems that may require this procedure, and you are concerned that your weight will affect the outcome, ask your doctor about possible ways to mitigate any risk.

What Is a laparoscopic hysterectomy?

Laparoscopic hysterectomy is a minimally invasive way to remove the uterus. It is performed to treat a variety of gynecologic conditions, the most prominent being gynecologic cancer.

What will happen after undergoing hysterectomy?

Your doctor will explain to you what this procedure implies and what results are expected based on your condition.

Why is hysterectomy necessary?

Hysterectomy means the permanent removal of the uterus (the womb), with or without the cervix and/or the ovaries. Radical surgery is performed when other options are no longer efficient. Patients choose it due to cancerous or non-cancerous reasons after exhausting the less invasive alternatives.

My doctor has recommended that I have a hysterectomy. What are my options?

Hysterectomy can be performed in several ways. Each patient and each case is unique. The surgery option that's best for you will depend on your own circumstances, and is a matter best discussed with a doctor.