Dr. Atul Madan is a bariatric surgeon at Cedars-Sinai Marina del Rey Hospital. He graduated from the Medical College of Pennsylvania and completed specialized training at Rush University, where he gained expertise and experience in laparoscopy and bariatric surgery. The surgeon is trained to perform a wide range of bariatric procedures, such as lap-band, gastric bypass, gastric sleeve, bariatric revision procedures, and others. Dr. Atul Madan's experience and commitment to quality patient care have gained him the Patients' Choice award from 2011 to 2013 and the Compassionate Doctor Recognition in 2012. He is a world-renowned expert in laparoscopic and bariatric programs.

The surgeon is certified by the American Board of Surgery and has over 25 years of experience in caring for bariatric surgery patients. Dr. Atul Madan is also a Diplomate of the American Board of Surgery. He started his career in Memphis, where he performed the first laparoscopic gastric bypass in the city. The physician served as the Chief of the Minimally Invasive Surgery Section at the University of Tennessee Health Science Center. In addition, Dr. Atul Madan has performed the first laparoscopic gastric bypass in a liver transplant patient in the world. He initiated, directed, and obtained funding for the Minimally Invasive and Bariatric Surgery Fellowship. The surgeon has published over 175 articles. Dr. Atul Madan has performed over 3,000 laparoscopic gastric bypass procedures during his career.

He has performed many revisional bariatric procedures and was one of the first to offer an endoscopic treatment, a procedure without any incisions, for weight regain after open and laparoscopic gastric bypass. The surgeon has been the Chief of Laparoendoscopic and Bariatric Surgery Division, as well as the Director of the Center of Excellence for Laparoscopic and Minimally Invasive Surgery, at the University of Miami. Dr. Atul Madan is a distinguished member of all the important laparoscopic and bariatric societies, including the American Society of Metabolic and Bariatric Surgery, the Society of Laparoendoscopic Surgeons, and the Society of American Gastrointestinal and Endoscopic Surgeons. His national expertise was recognized by each society as he has been asked to serve on various committees of these societies.

Dr. Atul Madan has received multiple awards over the course of his career, such as the SAGES Young Investigator Award. Many of his presentations have received honors and awards at the International Federation of Societies for Obesity, the Society of Laparoendoscopic Surgeons, and the Association of Cancer Education. Before practicing in California, he had a medical license for multiple states, including Louisiana, Tennessee, Illinois, Florida, and New York. Other awards Dr. Atul Madan has received over the years are the Obesity Best Poster Award, the Best General Surgery Scientific Paper Award, the Who's Who in Medical Science Education, the Edward T. Krementz Resident Research Award, the Excellence in Medical Humanities Award, and the Physician's Recognition Award. 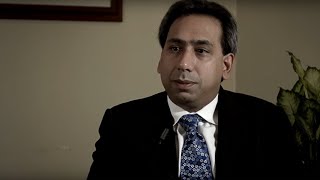 Financial Assistance Application and Financial disclosure forms can be obtained from the Financial Counseling office at 310-482-5105.