Get Treatment For Uterine Fibroids

The highly skilled, well trained gynecological surgeons at Cedars-Sinai Marina del Rey Hospital evaluate patients with uterine fibroids and provide personalized treatment based on the severity of your symptoms. They will start with various conservative options followed by surgical treatment if necessary. The treatment that suits your condition best is considered.

What Is a Uterine Fibroid?

There are many options to treat uterine fibroids; the one to treat you is selected depending on the symptoms, fibroid location, size, and number of fibroids, the age of the patient, side effects and her reproductive plans in the future.

Surgery is considered if your symptoms are severe or moderate. You can discuss with your gynecologist the right surgical treatment approach, risks involved, potential side effects and the recovery time for the chosen surgical procedure.

Surgical approaches for the treatment of uterine fibroids include:

Myomectomy: During this procedure the surgeon only removes the fibroids and leaves the healthy part of the uterus intact. After this procedure, women can bear children. Myomectomies have more than 80% chances of successful treatment of fibroids. Once the fibroids are removed they do not grow back in the same location, but there are possibilities of fibroids growing in a different location.

Based on the location, size, and the number of fibroids, myomectomy can be performed through any of the following surgical methods:

Hysteroscopy: In this procedure, the surgeon inserts a long thin telescopic instrument through the vagina and cervix to reach the uterus. With the help of electrical or mechanical devices, the fibroids are excised and destroyed. To have a clear visibility of the fibroids, a fluid is injected into the uterus.

Laparotomy: An incision is made in the abdomen to remove the fibroids from the uterus.

Laparoscopy: In this procedure, the surgeon makes two small cuts on the abdomen through which telescopic instruments are inserted, one for visualizing and the other with attached mechanical devices to remove the fibroids from the uterus.

Hysterectomy: In conditions in which the fibroids are large or numerous, when there is heavy bleeding or when the woman is close to menopause or has crossed menopause, gynecologists suggest this surgical method. In this method, the whole or a portion of the uterus is removed. Hysterectomy is the only assured surgical method to remove uterine fibroids completely. After this procedure, you will not be able to bear children.

Partial hysterectomy: In this procedure, only a part of the uterus is removed.

Radical hysterectomy: In this procedure, the uterus, the tissue on the sides of the cervix, and the upper part of the vagina are removed.

Uterine artery embolization (UAE): In this surgical procedure, small beads of a compound called polyvinyl alcohol are passed through a catheter into the arteries that feed the uterine fibroids. These beads block the supply of blood and oxygen to the fibroid, and thereby destroy it by starvation. This method is not extensively used as there are more chances of the reappearance of fibroids.

Drugs and Other Treatment Needed for Uterine Fibroids

Treatment of uterine fibroids using medication involves hormonal drugs, which can change the hormonal levels in the body. These are usually given orally, or in the form of injections or through an intra-uterine device. 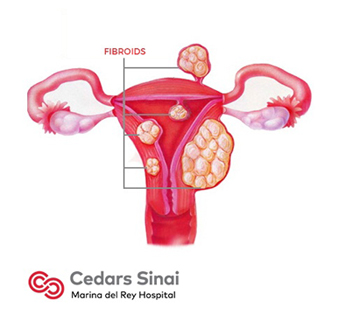 The most common symptoms of uterine fibroids are listed below: 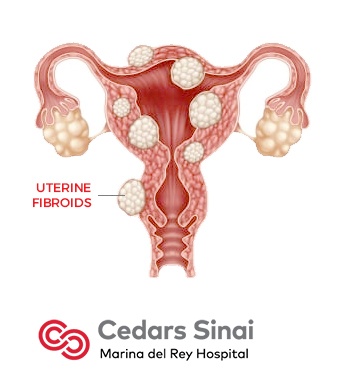 Uterine fibroids can be diagnosed during a pelvic examination. In order to find out more about fibroids and to confirm the diagnosis, the following tests will be performed.

Ultrasound: the sound waves create image of the fibroids showing their size, number and their locations in and outside the uterus.

Laboratory Tests: Complete blood count (CBC) is conducted to determine if the patient is anemic, which is one of the symptoms of uterine fibroids.

Magnetic resonance imaging (MRI): This imaging test can reveal the size, number, location, and differentiate between the types of fibroids.

Hysterosalpingography: A dye is used to highlight the uterine cavity and its surroundings with the help of an X-ray. Here the fallopian tubes can also be checked.

Hysteroscopy: A telescopic instrument called a hysteroscope is inserted into the vagina and passed through the cervix to reach the uterus. With the help of light and mechanical devices, the uterine wall is examined along with the fallopian tube.

Generally, women in their reproductive age, between 30-40 years have these complications.

Other factors that can influence this disorder are:

Age: Women develop uterine fibroids from around 30 years and up to menopause. After menopause, fibroids shrink in size.

Obesity: Excess body weight and abdominal fat can lead to this disorder.

Diet: a diet rich in red meat, low in green vegetables and fruits, high amounts of alcohol including beer can increase risk of developing uterine fibroids.

Clinical research and studies have shown that these factors are involved in the development of uterine fibroids:

Genetic changes: Fibroids bear changes in the genetic structure that are different from that of the cells of the normal uterine muscle. This disorder is more likely to run in families.

Herbal therapy: Indole-3-carbinol, a vegetable based substance derived from Brussels sprouts, cauliflower and cabbage are used to decrease the size of uterine fibroids. This supplement is not a proven treatment for uterine fibroids.

Certain herbs such as vitex, red clover, evening primrose, wormwood, and black cohosh may be used in the form of herbal teas, tinctures, essential oils or compressors. Green tea extract treatment for eight weeks has shown to control the growth of fibroids. Though these medicines do not remove fibroids completely, they inhibit their growth.

Studies have shown that the combination of homeopathy and traditional Chinese medicine for six months had success in controlling the growth of uterine fibroids.

Acupuncture has helped some women in retarding the growth of uterine fibroids.

The use of alternative medicines in the treatment of uterine fibroids is not well established as it is very difficult to evaluate. Uterine fibroids can be cured more easily if detected and treated at an early stage.

How to Prevent Uterine Fibroids

Maintain a healthy body weight: Maintaining the correct body weight will decrease the possibilities of uterine fibroids since obese women are more prone to have this disorder.

Pregnancy and childbirth: Some studies have shown that post-partum, there are fewer cases of uterine fibroids reported.

Are you suffering from irregular periods, heavy menstrual bleeding, or pelvic discomfort? For any questions, information or guidance related to uterine fibroids, consult our specialty-trained, skilled gynecologists at Cedars-Sinai Marina del Rey Hospital.