Get Treatment For Excessive Menstrual Bleeding

The experienced gynecologists at Cedars-Sinai Marina del Rey Hospital are well-versed in the evaluation of patients with diverse menstrual disorders and especially if you notice excessive menstrual flow, they will suggest numerous treatment options. Both conservative and minimally invasive treatment methods exist, the most appropriate one will be chosen. Your gynecologist will help you decide the most suitable options for your needs.

What Does Excessive Menstrual Bleeding Mean?

If you have menstrual bleeding that is abnormally heavy and prolonged-lasting for more than a week and ending up affecting your normal activities, you may have a condition called excessive menstrual bleeding, which is medically termed as menorrhagia. Although heavy menstrual flow is common among premenopausal women, in most women, blood loss will not be as severe to be defined as menorrhagia. If you have to change your sanitary pads in less than 2 hours of wearing or you pass larger sized clots, then you tend to have heavy bleeding. This may happen for various reasons, but the most common are uterine fibroids, hormonal imbalances, and endometrial polyps. There are several effective treatments available for menorrhagia. If left untreated, abnormally heavy bleeding may lead to anemia and other associated problems such as fatigue and weakness.

Excessive menstrual bleeding may be treated with various surgical techniques, such as:

The surgical treatment options if your excessive menstrual bleeding is due to non-cancerous growths or uterine fibroids include the following:

Drugs and Other Treatment Needed for Excessive Menstrual Bleeding

Your doctor will advise a treatment plan taking into account the cause of your abnormal bleeding and its severity as well as your age, overall health, past illnesses, and your preferences. It really depends on whether you just want to get rid of your pain or want the menstrual bleeding to be reduced, and your need to conceive a baby. 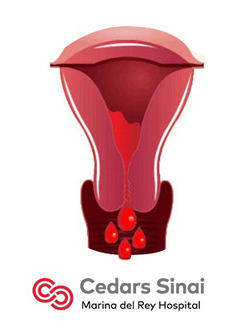 The symptoms of excessive menstrual bleeding include:

Your doctor will advise certain tests to check whether you have a bleeding disorder. The diagnostic tests include:

Based on the results of these initial screening tests, your doctor may recommend further tests such as:

The potential reasons for excessive menstrual bleeding are divided into the following categories:

Various herbal remedies have been used to treat excessive menstrual bleeding. The goals of alternative therapies for excessive menstrual bleeding do not differ from that of conventional treatments - control of bleeding, prevention and treatment of anemia, and restoration of a favorable pattern of the menstrual cycle. It is important to take the correct dose of the herbal formulations, and therefore it is recommended to consult your doctor before taking up any alternative treatments.

Chaste tree (chaste berry): This is the best ever known herb used in the treatment of abnormal bleeding and hormonal imbalances in women. It has a progesterone-like action and increases the luteinizing hormone suppressing the release of follicle-stimulating hormone. It may need several months to regulate your menstrual cycle as it is not a fast-acting herb.

Ginger: Traditionally, ginger was used as an anti-inflammatory agent, and this property helps reduce the flow during heavy menstruation.

Astringent herbs: These herbs belong to a category called tannin-containing plants, which can reduce blood loss related to the reproductive tract. These are used to reduce uterine as well as cervical bleeding. Shepherd’s purse has been used for a long time in the prevention or arrest of gynecological bleeding.

Another herb called wedelia calendulacea less, which contains isoflavanoids and wedelolactone that are similar structurally to the clover estrogen coumestrol may be used to treat menorrhagia and uterine hemorrhage. Other herbs useful in menorrhagia include bayberry bark, also called wax myrtle, and black cohosh.

The healthcare professionals who practice acupuncture or acupuncturists can identify specific points called “trigger points”, which are related to physiological and anatomical structures such as junctions of the peripheral nerves. These acupuncture points are thought to stimulate your central nervous system and cause the release of chemicals into your muscles, spinal cord, and brain. This leads to the release of hormones that can influence the self-regulating system of your body. Studies have shown the effectiveness of acupuncture in the treatment of excessive menstrual bleeding.

Chiropractic treatments such as spinal manipulation and soft-tissue therapy have been found to be beneficial in menstrual disorders, mainly dysmenorrhea and chronic pelvic pain, and premenstrual syndrome. Further clinical studies to find out the effect of spinal manipulation on excessive menstrual bleeding are required.

How to Prevent Excessive Menstrual Bleeding

Even though the exact measures that can prevent heavy menstrual bleeding are not clearly known, women with this concern are often advised on making certain changes in their daily diet. Include plenty of fibers, certain fatty acids, and vitamins in your diet as this helps you manage heavy periods better. In order to prevent anemia that may result from heavy blood loss, eat food rich in iron such as green leafy vegetables, legumes, whole cereals, and meat. Try to manage your daily stress effectively.

If you need any information or guidance regarding excessive menstrual bleeding, consult our highly knowledgeable gynecologists at Cedars-Sinai Marina del Rey Hospital.