Why Does Lung Cancer Occur in Non-Smokers? 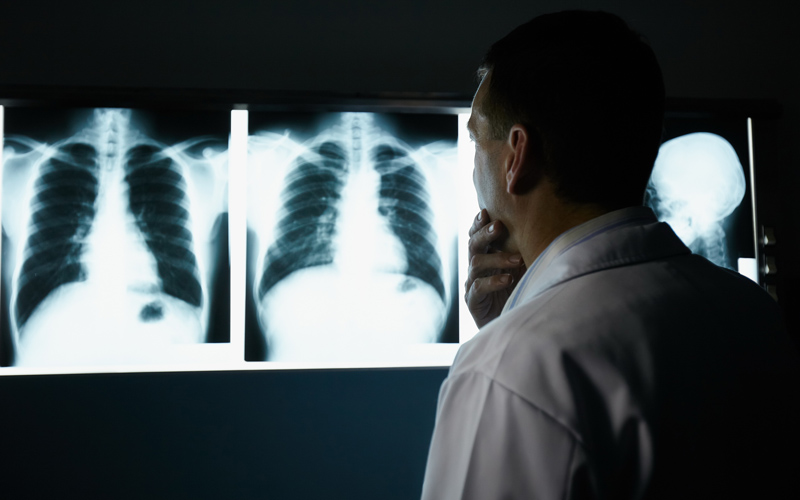 By the end of the year, over 235,000 people in the United States will have received a diagnosis of lung cancer. Lung cancer is currently the leading cause of cancer death, accounting for approximately 25% of the total number of demises caused by malignant diseases.

Today, it is a known fact that tobacco smoking is responsible for up to 90% of lung cancer cases, as cigarette smoke contains 250 harmful chemicals, out of which 69 are carcinogens. However, there are people who have never smoked a cigarette in their lives, yet still come to struggle with lung cancer, which leads to the question: why does lung cancer occur in non-smokers?

According to the American Cancer Society, nearly 20% of people diagnosed with lung cancer throughout the country – or 30,000 individuals – are not smokers.

By definition, non-smokers are people who have never used tobacco products or who have smoked fewer than 100 cigarettes during their lifetime. It is worthy of note that non-smokers tend to develop a different type of lung cancer than smokers, which is usually the consequence of a genetic mutation or abnormality.

This is good news, as the treatment available for this type of lung cancer is significantly more effective than that used to keep lung cancer caused by smoking under control, and may even lead to a faster remission of the disease, eventually.

What Are the Causes of Lung Cancer in Non-Smokers?

In the majority of cases, when lung cancer develops in a non-smoker, there are multiple factors that lead to the occurrence of the disease. A common precursor is a genetic mutation that is also known as a “somatic” mutation, which significantly contributes to the development of lung cancer in non-smokers.

It is noteworthy that this is different than a “germline” mutation, which is present in all of the normal DNA. There are numerous reputable medical studies that found that somatic mutations or abnormalities may play a crucial role in the growth of lung cancer in non-smokers.

In addition to genetic factors, there are also several environmental factors whose presence may contribute to the development of lung cancer in non-smokers, such as exposure to:

The presence of human papillomavirus (HPV), which currently occurs in 79 million people in the country, is another risk factor for lung cancer, particularly among non-smoker women. Since the 1980s, there have been a series of medical studies examining the connection between HPV and lung cancer in non-smokers, but no definitive causal relation has been found yet.

Nevertheless, if you are infected with HPV, you may want to keep a close eye on your health and, in the regrettable event that you experience symptoms that may indicate lung cancer, you should immediately seek medical attention.

Often starting in the outer layers of the lungs, adenocarcinoma is the most common type of lung cancer non-smokers develop. It usually occurs in the bronchioles, the cells that line the small airways and produce mucus. On the other hand, smokers usually develop squamous cell carcinoma. One of the major differences between adenocarcinoma and the types of lung cancer smokers come to struggle with concerns the shape of the damaged lungs.

How to Avoid Developing Lung Cancer as a Non-Smoker

Two essential things you can do to drastically reduce your lung cancer risk as a non-smoker is to check your home for the presence of radon gas and to avoid exposure to secondhand tobacco smoke. Moreover, including certain foods in your diet, such as garlic, apples, broccoli, and green tea, may also lower your chances of being diagnosed with lung cancer.

Finally, if you work in one of the following occupations, you need to make sure that you are always wearing adequate protective equipment, as these jobs imply exposure to toxic agents that may cause lung cancer: