Which Cancers Are the Deadliest? 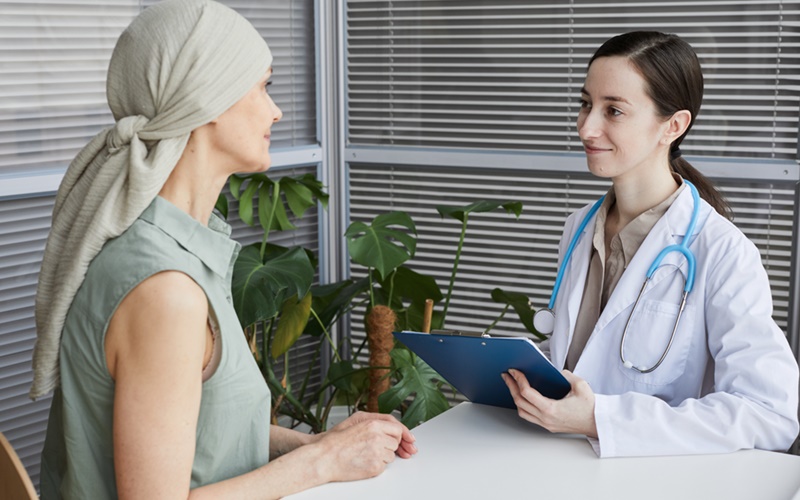 Every year, up to 17 million people receive a cancer diagnosis, and over 9 million individuals die of a malignant disease worldwide. Surpassed only by heart disease, cancer is the second leading cause of death in the U.S. There are more than 100 different types of cancer, some being more common in certain demographics than others.

Sadly, numerous people who develop a malignant disease are asymptomatic in the early stages of cancer, which is one of the main reasons why cancer is so deadly. The five most common malignant diseases at the moment are, in order of prevalence, breast cancer, lung cancer, colorectal cancer, prostate cancer, and skin cancer.

Some of these malignant diseases are also the most fatal. If you wonder which cancers are the deadliest, we have prepared a top five for you.

Accounting for nearly 29% of all cancer deaths, lung cancer is currently by far the number one malignant killer. There are 1.5 million people who pass away due to lung cancer annually, which speaks volumes about how aggressive this disease is. One of the reasons why lung cancer is so difficult to overcome is because some malignant cells that make up the tumors are extremely resistant to chemotherapy, which renders this otherwise quite effective treatment useless for certain patients. Furthermore, the lack of alternative treatment options for lung cancer also contributes to the number of people who lose their lives to this harrowing disease.

As the second deadliest malignant disease, colon and rectal cancer are responsible for over 9% of deaths caused by cancer. There are plenty of lifestyle risk factors that contribute to the development, as well as to the prevalence of colorectal cancer, some of the most dangerous being excessive alcohol consumption, tobacco smoking, and having a diet rich in red meat. In the rare cases that colorectal cancer is found in the early stage, namely when it is confined to the colon, the disease is highly treatable. Regrettably, most people with colon or rectal cancer discover their disease when it is too late, meaning that cancer has already spread to the lymphatic system. When colorectal cancer metastasizes, the survival rate drops to only 48%.

This cancer is the most common malignant disease in women right now, accounting for over 7% of deaths related to cancer. Nearly 200,000 individuals in the U.S. develop breast cancer yearly, the vast majority of whom are female. It is worthy of note that breast cancer is usually fatal only if it is found in metastatic stages, which means that it has reached other regions of the body than the chest area. The presence of malignant cells and tumors on such a large part of the body will naturally take a heavy toll on the health of the patient, ultimately leading to death. To get a clearer idea about how dangerous breast cancer is, the 5-year survival rate for metastatic breast cancer is only 28%.

Pancreatic cancer is responsible for 6% of all deaths resulting from malignant diseases. It is known as a silent killer, just like ovarian cancer, because people who have it rarely, if ever, experience symptoms before the disease spreads to adjacent regions of the body. Alternatively, the symptoms of individuals with pancreatic cancer that is in early stages are often mistaken for the signs of more common and less serious health problems, which is one of the reasons why it causes so many deaths. The prognosis of pancreatic cancer is extremely dire, and only 6% of patients survive for 5 years or longer following a late-stage diagnosis.

Unlike other malignant diseases that have so far been discussed in this article, bladder cancer is not a very common disease, as it occurs in 75,000 people in the U.S. every year, which is a relatively small number compared to other cancers. Nevertheless, it is very dangerous, and it represents the eighth most common cause of cancer death among men. While the prevalence of bladder cancer has been decreasing lately, the death rate has unfortunately remained the same. Bladder cancer becomes deadly only if it has spread to distant regions of the body, in which case the 5-year survival rate is only 6%.

The next most fatal malignant diseases are:

Nonetheless, these are not as deadly as the first five, but they still pose a real-life threat to people who find out about their disease when it is in advanced stages. What hinders the timely diagnosis of most types of cancer is the fact that most people do not experience symptoms in the early stages of the disease and, consequently, they do not seek medical attention. Therefore, it is of uttermost importance that people who have multiple risk factors for a certain malignant disease in their life undergo regular screenings so as to avoid finding out about a potentially malignant disease when it is too late for treatment to be effective.