What Causes Stroke in Young Adults? 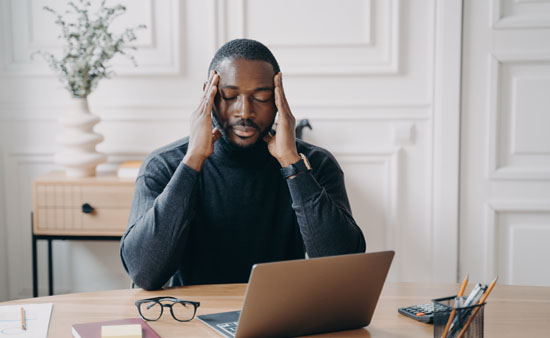 Annually, over 795,000 people in the U.S. experience a stroke, which is their first one for most. To put it differently, someone has a stroke every 40 seconds, and someone passes away due to a stroke every 4 minutes across the country. While the vast majority of strokes occur in people who are 65 or older, 10% to 15% of people who have a stroke are younger than 45.

There are two types of stroke – hemorrhagic and ischemic. Hemorrhagic strokes occur when a blood vessel leaks or bursts, whereas ischemic strokes occur when there is a blocked artery in the body. Some individuals have only a temporary disruption of blood flow to the brain, which is known as a transient ischemic attack and which does not cause lasting symptoms. Accounting for approximately 85% of strokes, ischemic strokes are the most prevalent.

Some of the most typical causes of stroke in the elderly are past or current tobacco smoking, diabetes, heart disease, being overweight or obese, high blood pressure, taking certain medications, such as blood thinners, hormone therapy taken to manage the symptoms of menopause, a family history of stroke, and gender, as men are slightly more likely to experience a stroke.

However, these diseases and risk factors are mostly present in adults and the elderly, which raises the question – what causes stroke in young adults? Every year, 70,000 people under the age of 45 have a stroke in America, and the number is rising alarmingly. This article will delve into the most common causes of stroke in young adults and how they can avoid experiencing this life-threatening condition.

How to Recognize a Stroke

It is paramount to emphasize that strokes are often fatal. Within the first 30 days following a stroke, 1 out of 8 patients loses their life, and 1 out of 4 strokes is deadly within the first year. Consequently, if you suspect that someone is having a stroke, it is crucial to seek medical attention immediately, as the sooner they receive treatment, the less damage the stroke will cause. There is the FAST chart that can help you recognize a stroke:

Other symptoms that might indicate a stroke are numbness on one side of the body, confusion, trouble understanding speech, difficulty seeing in both eyes, trouble walking, dizziness, loss of coordination and balance, and severe headache. By 2050, specialists expect the number of strokes to increase by 2.25 times. The average survival time after a first stroke is 6.8 years for men and 7.4 years for women in people between 60 and 69.

Nonetheless, in young adults, a stroke will not cause that much damage, and most will be able to return to work and live independently following a stroke. Prevention is key when it comes to stroke, so we strongly advise you to quit any detrimental habit you have, such as smoking, and get adequate treatment if you suffer from a health condition such as diabetes, migraine, high blood pressure, polycystic kidney disease, or heart disease.