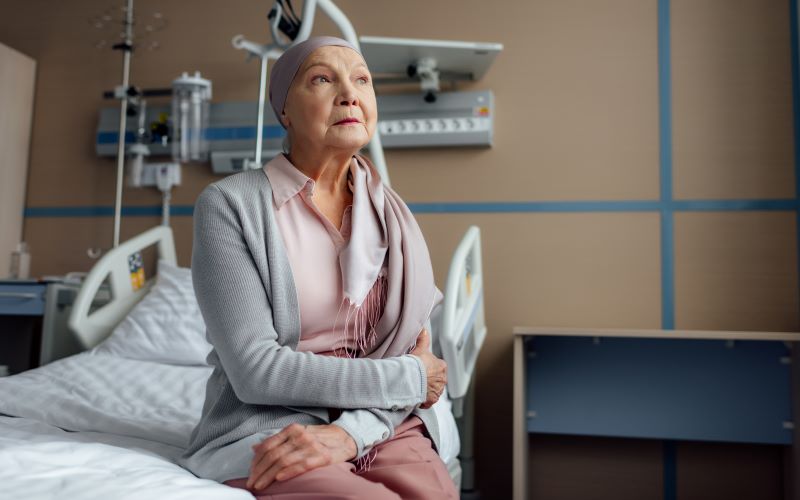 Vaginal cancer, a rare type of cancer starting in the vagina causes symptoms such as pain and abnormal bleeding from the vagina.

No other signs of vaginal cancer occur and a doctor may be able to find it during a routine check-up.

Vaginal cancer has a better chance of getting cured if it is diagnosed at an early stage.

Vaginal cancer is treated using interstitial brachytherapy, a type of radiotherapy in which a doctor injects a high dose of radiation into the tumor or surrounding tissues with the help of thin needles under anesthesia. This is called the high-dose-rate transperineal interstitial approach.

The radioactive implant needs to be placed accurately into the tumor mass to reduce the side effects to the surrounding organs such as the rectum and bladder. But, no standard visualizing methods are used while delivering the implant and the doctor can assess the position of the needle with CT images only after completing the procedure. At this time, relocation of the needle is impossible. A new ultrasound system has been developed by researchers to overcome this problem.

The main objective of the study was to transform 2D ultrasound images into 360-degree, 3D images that can show:

The 360-degree rotation allows your doctor to visualize the needles and the surrounding organs clearly. In addition, the needles may be relocated immediately in case they failed to reach the tumor site.

When 3D ultrasound is used to diagnose gynecological cancer, the additional details provided by the coronal plane can significantly boost the confidence of diagnosis and discrimination between benign and malignant masses which is central to decisions regarding clinical management and surgical planning.

To check whether the results of this new imaging system are reliable, the researchers compared the 3D images with the standard after-treatment CT scan images. The 360-degree, 3D ultrasound provides a clear as well as a precise picture of all the needles, the catheter in the urethra, bladder, rectum, and vaginal wall.

Further studies using the same system are being conducted to extend the visualization up to the uterus so that radiotherapy can be used for gynecological tumors such as uterine cancer.

The new probe ensures a good prognosis when used in the treatment of vaginal cancer and also uterine cancer in the future. Live imaging during the procedure helps to adjust the needle location during the injection and thus improves the effectiveness of the treatment by ensuring precise delivery of radiation dose directly into the tumor site and minimizing radiation overload to surrounding organs.

If you are interested in learning more about three-dimensional transvaginal ultrasound, do not hesitate to contact us and we will promptly answer all your questions.