The Diagnosis and Treatment of a Torn Anterior Cruciate Ligament

Posted on February 26th, 2021 in Orthopedics 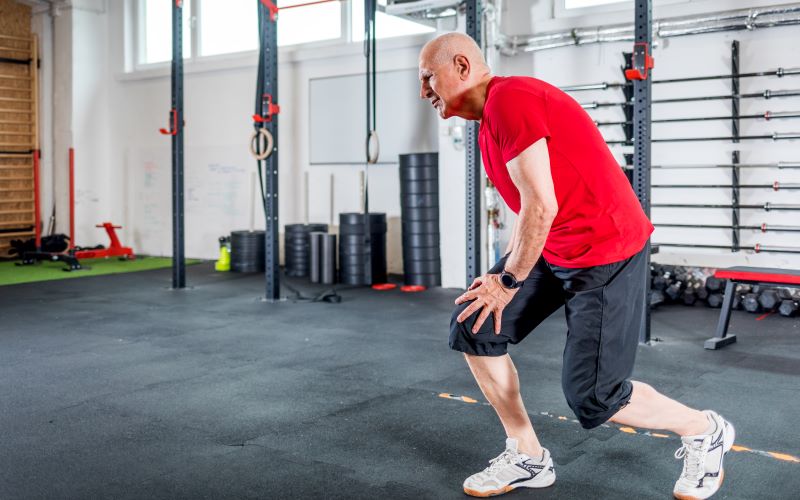 Every year, between 80,000 and 100,000 people with torn anterior cruciate ligaments undergo surgery for their injuries in the United States.

It is worth noting that women experience anterior cruciate ligament tears up to 9 times more often than men. This injury is widespread in the athletic population, such as people who play soccer, basketball, and football, as they frequently make vigorous and repeated movements.

However, landing from a jump with a twisting motion, which may happen in volleyball or basketball, and hyperextension of the knee and deceleration can also cause a torn anterior cruciate ligament.

What Is the Anterior Cruciate Ligament?

It also helps stabilize your knee joint by controlling the back and forth motion of your knee. In addition, the anterior cruciate ligament runs diagonally in the middle of the knee, and it also prevents the tibia from sliding out in front of the femur. Lastly, it provides rotational stability to the knee.

How Can You Tear Your Anterior Cruciate Ligament?

What Are the Symptoms of a Torn Anterior Cruciate Ligament?

It is not uncommon for people to hear a popping sound and immediately experience pain when they tear their anterior cruciate ligament. They may also have difficulty putting weight on their injured leg.

However, there are other symptoms of a torn anterior cruciate ligament, including:

When this occurs, the ligament cannot control and support knee movement, severely impairing your ability to walk and cause you difficulty in performing simple tasks. Furthermore, untreated torn anterior cruciate ligaments may cause increasing weakness and further damage to the knee. This is why it is essential to be seen by a medical professional.

How Is a Torn Anterior Cruciate Ligament Diagnosed?

As the most effective and accurate diagnostic tool for a torn anterior cruciate ligament, the Lachman test entails bending the hip 45 degrees and the knee 90 degrees, followed by pulling the knee forward with a sudden jerk to evaluate the range motion of the leg. If the leg moves 0.2 inches beyond the normal range of motion, you may have a torn anterior cruciate ligament.

What Is the Treatment for a Torn Anterior Cruciate Ligament?

For young and active people, the most effective treatment approach is surgery, as it can easily restore the function of your knee. In addition, surgery is associated with low risks of postoperative complications and fast recovery in this demographic.

Nonetheless, returning to playing sports will take up to 9 months following surgery, as it would not be safe to resume physical activity sooner.

The piece of tissue can be either an autograft (your own tissue) or an allograft (tissue from a donor). Usually, autografts are harvested from the tendon that connects your kneecap to the bottom leg bone or from your hamstring tendons.

After the surgery, you will be encouraged to begin physical therapy within 48 to 72 hours. In addition, you will receive training in the exercise program developed for you, as every patient is unique and, thereby, their postoperative needs are different.

Furthermore, you will also learn how to take care of your incision and how much weight you can put on your injured leg for the next weeks.

There are numerous exercises performed during physical therapy following surgery for a torn anterior cruciate ligament, such as:

You will receive the healthcare and treatment you need in a warm and compassionate environment, as we have always valued our patients' comfort and well-being.