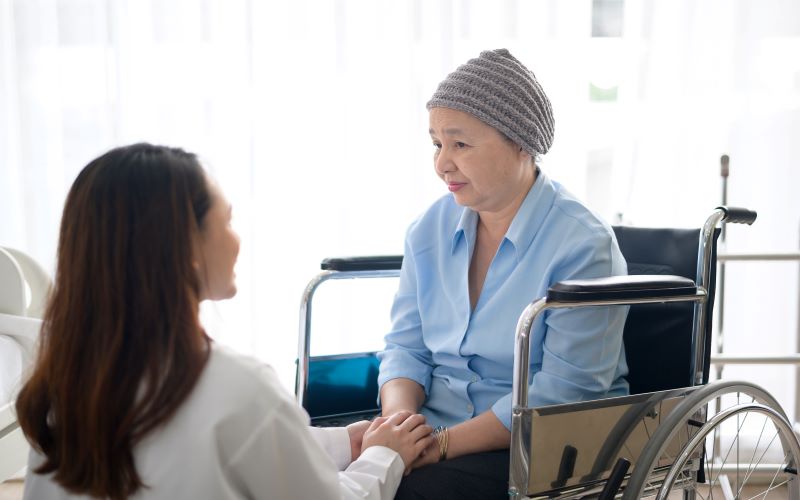 According to the results presented at the American Society of Clinical Oncology’s Annual Meeting, 2018 held from June 1 to 5 in Chicago, Illinois, a definitive treatment modality for oropharyngeal squamous cell carcinoma (OPSCC) that helps avoid adverse effects of radiation includes Transoral Robotic-assisted Surgery (TORS) followed by chemotherapy and neck resections.

The incidence of oropharyngeal cancer in the United States has been on the rise. This could be because of the increasing number of human papillomavirus (HPV) infections, according to the National Cancer Institute. More than 50,000 cases of OPSCC are estimated to be reported in 2018.

The patients with a diagnosis of OPSCC (treatment-naive stage III or IVA) having an Eastern Cooperative Oncology Group score less than 2 were included in the single-arm phase 2 study. The treatment plan that was followed included induction chemotherapy with Cisplatin and Docetaxel every 21 days for 3 cycles. After each cycle, tumor shrinkage was assessed and if the primary tumor was smaller by ≥80%, then TORS and neck dissections were performed. Tests performed during the postoperative period include:

The treatment outcomes that were evaluated in the study included overall survival rate, progression-free survival, short and long-term toxicity, and quality of life.

The tumor size had decreased by 53.4% following the first induction cycle, 80% after the second cycle, and 90.5% following the third cycle. The investigators concluded that induction chemotherapy along with TORS and neck dissection can be considered an alternative for the standard chemoradiation treatment recommended in HPV-positive patients. Chemoradiation is recommended if the primary tumors do not shrink by 8% or more after the induction chemotherapy and patients with at least 1 lymph node-positive for disease following the surgery.

In general, chemoradiation or surgery with adjuvant radiation therapy is considered the standard of care for OPSCC treatment. Though these treatment methods are successful in curing oropharyngeal cancer 80-90% of the time, radiation therapy can be harmful and affect morbidity rates severely.

Moreover, radiation treatment can cause long-term side effects such as:

As a result, the efficacy of a 2-drug induction chemotherapy regimen that is followed by TORS and neck dissection for the treatment of locally advanced OPSCC was assessed through a study. TORS was found to be easier and more effective than other old surgical techniques as it causes less damage and allows faster recovery. In addition, the risk of distal disease is reduced with this type of treatment.

Robotic-assisted surgery allows surgeons at Cedars-Sinai Marina del Rey Hospital to offer procedures that were previously not possible or not optimally done transorally, such as surgery for the base of tongue tumors and para pharyngeal tumors.