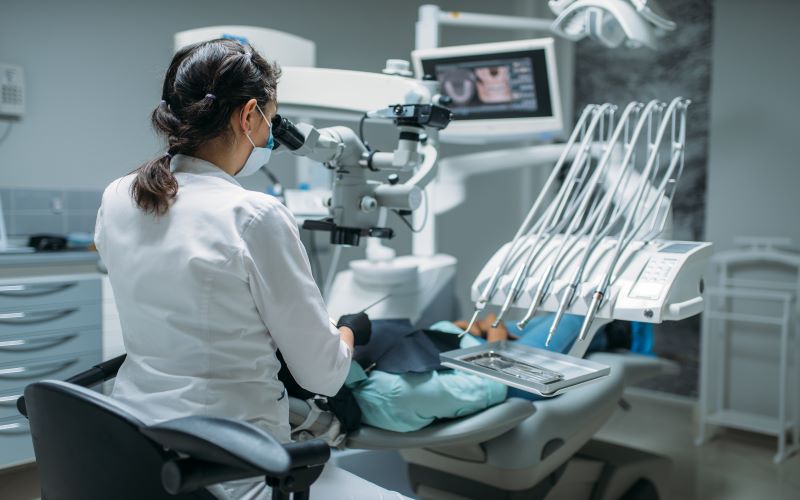 Research has established that patients with oropharyngeal cancer can expect a good outcome and better survival rates without significant pain and disfigurement if an incisionless robotic surgery is performed alone or added to the chemotherapy and radiation therapy regimen.

The preliminary study results revealed that p16, a marker for the human papillomavirus (HPV) affects the way oropharyngeal cancer responds to treatment.

Patients who are p16 negative are likely to have good outcomes with TransOral Robotic Surgery (TORS) in combination with radiation and chemotherapy.

TORS as First Line of Treatment for Oropharyngeal Cancer

The patients with cancer of the tonsils, soft palate, pharynx, and base of the tongue experienced a three-year survival on average from the time of diagnosis after undergoing TORS as the first-line of treatment. In the case of patients treated non-surgically, several studies revealed that HPV-related throat cancer or p16 negative throat cancer cases had better survival and less recurrence when compared to p16 positive throat cancer patients. However, the patients treated with robot-assisted surgery showed excellent results and a better survival rate, irrespective of the p16 status, according to studies.

TORS, when performed using the da Vinci® Surgical System to remove cancerous tumors of the head and neck region results in the preservation of speech and ability to eat without any visible scarring. During TORS, the surgeons can gain access to the tumors through the mouth with the use of slender operating arms of the da Vinci, and thus does not require a skin incision. This results in:

As a result, the patients who undergo TORS can return to their routine activities without any pain or disfigurement within a few days following the surgery. Unlike traditional surgical methods that require a large incision and a long recovery period, TORS is incisions and is associated with short recovery time.

Study Proves the Effectiveness of TORS in Oropharyngeal Cancer Patients

The study included a total of 53 patients with oropharyngeal cancer who had undergone TORS.

Researchers reviewed factors such as three-year survival, metastasis, and cancer control, and the effect of p16 status on these. It was noted that the patients with a p16 negative marker had a low recurrence rate and high survival when treated with TORS as the first line of treatment and also when chemotherapy or radiation therapy followed TORS. At least 63% of patients received a low dose of radiation after TORS and thus were at lower risk of side effects from radiation.

Overall, the results of the study demonstrated that regardless of the p16 status, TORS alone or in combination with adjuvant radiation and chemotherapy is the most acceptable treatment option for patients with oropharyngeal cancer.

We Are Here to Help

To learn more about our incisionless robotic surgery, call one of our highly qualified staff members at, Cedars-Sinai Marina del Rey Hospital, and schedule an appointment. Get in touch with our team of surgeons who can perform a thorough examination and help you find out what is the right treatment in your particular case. Just click below to call or to request an appointment. We are here to answer all your questions or concerns you may have.