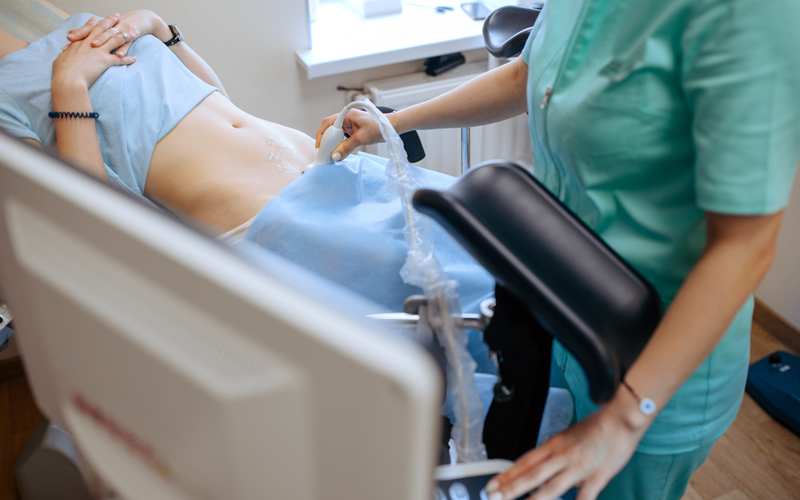 By the end of the year, approximately 21,410 women will have received a diagnosis of ovarian cancer, whereas other 13,770 will have lost their lives to this awful disease. 1 in 75 women will have to struggle with ovarian cancer at some point during her lifetime, and the majority of women with the disease have already reached menopause.

Ovarian cancer is also known as “the silent killer”, as most women who have it experience symptoms only when the disease has significantly advanced, and treatment is usually no longer effective. Alternatively, the signs of ovarian cancer are often mistaken for the symptoms of more common, benign conditions, particularly those affecting the gastrointestinal system. A woman can develop more than 30 different ovarian cancer types, depending on the cells from which the disease originates, but all start in one or both ovaries, the fallopian tubes, or the peritoneum. Because ovarian cancer is generally diagnosed in late stages, being aware of the risk factors for this disease is crucial. It may help you lower your chances of developing it or, if that is not possible because the risk factors you have are not related to your lifestyle, it may prompt you to undergo medical examinations on a regular basis. The following are the most important 5 risk factors for ovarian cancer explained.

1. Having the Genetic Mutation BRCA1 or BRCA2

In hereditary ovarian cancer, the breast cancer 1 (BRCA1) and breast cancer 2 (BRCA2) genes are severely damaged. Approximately 10% of ovarian cancer cases are the result of inherited mutations in these genes. While normally, the BRCA1 and BRCA2 genes protect you from developing cancer, when they are affected by a mutation, they make you more susceptible to coming to struggle with ovarian cancer, among other malignant diseases. If your close family members have breast or ovarian cancer, you are more at risk of receiving a diagnosis of ovarian cancer. To determine if you have a mutation in the BRCA1 or BRCA2 gene, a simple blood test is required. Your DNA will be carefully examined in a laboratory to find out if you have the mutations.

3. Never Having a Full-Term Pregnancy

The risk of getting ovarian cancer increases if you are a woman who receives menopausal hormone therapy, even if you only take estrogen. Nevertheless, your ovarian cancer risk in this case also depends on the hormone therapy formulation and the status of your hysterectomy, if you had one. Hormone therapy is prescribed to women who reached menopause as a way to ease symptoms such as sweating and hot flashes. While in the past, medical professionals believed that hormonal therapy had numerous benefits for the patient, including more advantages than symptom relief, today, researchers found that the risks of this treatment actually outweigh the benefits.

If you have one or more of these risk factors in your life, you should keep a close eye on your reproductive health, as you are at risk for ovarian cancer. What you can actively do in order to decrease your ovarian cancer risk is to quit smoking and refuse menopausal hormone therapy. Unfortunately, the other risk factors discussed in this article are out of your control, which is why, if they are present, we advise you to undergo periodical medical examinations such as pelvic ultrasounds or MRIs. This way, if you have the misfortune of developing ovarian cancer, your doctor will timely find it, and the treatment you will receive will be substantially more effective.