Ovarian Cysts: What They Are, How They Are Diagnosed, and Their Treatment 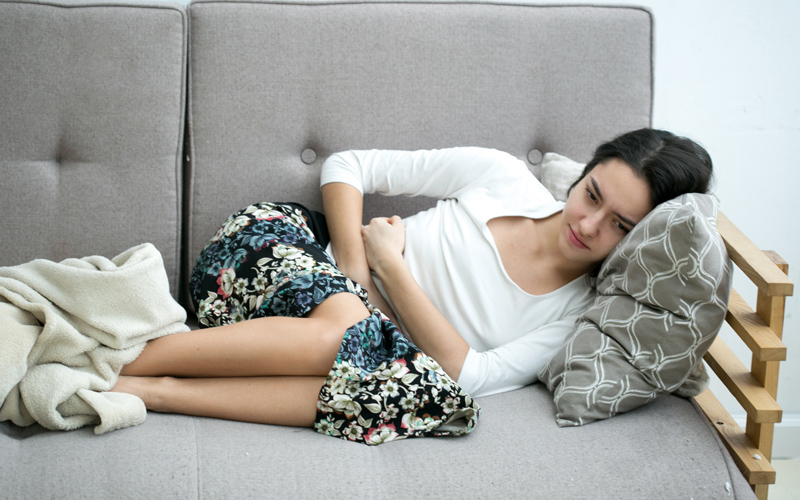 Ovarian cysts are sacs filled with fluid that develop on one or both of the ovaries. They occur in the majority of premenopausal women and in approximately 18% of postmenopausal women.

Most ovarian cysts develop naturally and disappear in several months without any treatment.

Ovarian cysts can be either:

While functional ovarian cysts have a connection with the menstrual cycle and are usually harmless, pathological ovarian cysts are the consequence of abnormal cell growth and can become very large, obstructing the blood supply to the ovaries.

Every month, the ovaries release eggs, which subsequently travel down the fallopian tubes where they can be fertilized by sperm. The follicle is the structure in which each egg develops inside the ovary. It contains fluid that protects the egg, and it breaks when the egg is released. However, sometimes, a follicle does not release the egg or does not discharge the fluid after it releases it, which is how ovarian cysts form.

On the other hand, there are some types of ovarian cysts that can affect your fertility, and they are the following:

What Are the Symptoms of Ovarian Cysts?

Most women with ovarian cysts do not experience symptoms and ovarian cysts usually go away on their own. Nevertheless, large ovarian cysts may lead to the woman experiencing abdominal discomfort and, if the cyst presses on the bladder, she may feel the need to urinate more frequently. The most common symptoms of ovarian cysts, regardless of their type, include the following:

Although ovarian cysts rarely cause serious health complications, you should immediately see a medical professional if you experience sudden and severe abdominal pain that is accompanied by fever or vomiting, as these may be the symptom of a ruptured ovarian cyst. Additional symptoms that may suggest a problem with ovarian cysts are cold and clammy skin, rapid breathing, and lightheadedness or weakness.

How Are Ovarian Cysts Diagnosed?

Ovarian cysts are often found during a routine pelvic exam. Your doctor may notice swelling on one of your ovaries and subsequently order a diagnostic test such as ultrasound to be able to see what type of ovarian cyst you have and its particularities, such as size, location, shape, and composition. Nonetheless, there are other diagnostic tests used to examine ovarian cysts in addition to ultrasound, such as:

What Is the Treatment of Ovarian Cysts?

Since the majority of ovarian cysts disappear on their own within a few months, your doctor may not prescribe you any treatment initially. Instead, they may advise you to come to a follow-up appointment several months later so that they can examine your ovarian cyst to see whether it has increased in size or whether it has changed its shape.

If your ovarian cysts are causing you severe discomfort or if your doctor suspects a more serious health condition, they may recommend you to undergo one of the following treatments:

If your doctor has reasons to believe that your ovarian cyst is cancerous, they will collect a small sample of it and send it to a laboratory, where it will be thoroughly examined by a pathologist to confirm or deny the presence of malignancy. This is usually the case of large ovarian cysts. Only between 13% and 21% of large ovarian cysts are found to be cancerous following biopsy.

Can Ovarian Cysts Be Prevented?

In conclusion, in premenopausal women, the outlook for ovarian cysts is good, as they usually shrink and disappear on their own. Nevertheless, in some women of premenopausal age, they can recur, which may require treatment to prevent infertility. As for women of postmenopausal age, their medical professionals should approach the issue with more seriousness, as their ovarian cysts may be cancerous and will thereby need immediate removal through surgery.