Myths and Facts About Psoriasis 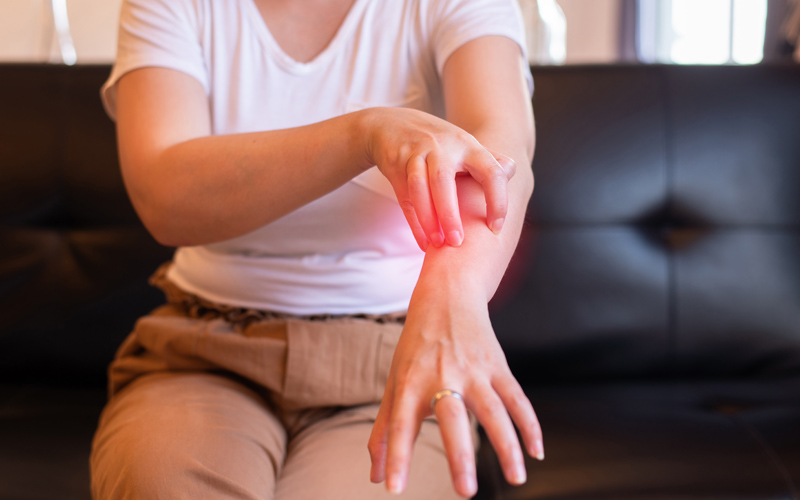 As a chronic disease, psoriasis is a skin condition that causes red, flaky, crusty patches of skin covered with silvery scales. The most common parts of the body affected by psoriasis are the elbows, the knees, the scalp, and the lower back. However, it can occur anywhere on the body.

Psoriasis develops when skin cells are replaced faster than usual and, while the exact cause of this condition is not fully understood by medical researchers at the moment, they believe it has a connection with the immune system. Over 7 million people in the United States are currently struggling with psoriasis, according to the American Academy of Dermatology.

Even though psoriasis is very well documented in medical literature, there are numerous misconceptions about this skin condition, which is why it is of utmost importance to distinguish myths from facts. The following are some of the most common myths and facts about psoriasis that will make you understand this skin condition better.

1. The Cause of Psoriasis Is Poor Hygiene

Myth. Since psoriasis is a skin condition, many people wrongly believe that it is the result of poor hygiene. The truth is that individuals who develop it have a genetic tendency that eventually leads to the occurrence of psoriasis. Psoriasis is, in fact, autoimmune and has nothing to do with hygiene. Furthermore, there are multiple factors whose presence can worsen the symptoms of psoriasis, such as injuries, stress, hormones, and certain medications.

2. Psoriasis Can Affect Your Joints

3. The Skin Condition Is Contagious

Myth. Unfortunately, this myth causes a lot of stigma for people who suffer from psoriasis, as others are often reluctant to get in close contact with them out of fear of contracting the skin condition. Nevertheless, since psoriasis is caused by the overactive defenses of the body, which are permanently fighting off viruses, bacteria, and foreign invaders that do not actually exist, the person who suffers from it has not contracted it and, thereby, cannot give it to you. Consequently, you cannot get psoriasis if you touch the skin of a person who has it, if you swim in the same pool as them, or if you hug them.

4. The Skin of Every Person with Psoriasis Looks Different

Fact. Although the most common appearance of the skin of people with psoriasis entails the presence of red, silvery, scaly patches, the patches can actually look different from person to person. For instance, pustular psoriasis leads to the development of pustules all over the body, whereas nail and scalp psoriasis are confined only to these parts of the body. Another form of this skin condition is guttate psoriasis, which looks like tiny bumps and may not be chronic, as it is usually the consequence of seemingly unrelated infections such as strep throat.

5. Psoriasis Has No Treatment

Myth. Even though there is no cure for psoriasis, there are numerous treatment options for people with psoriasis that will keep the condition under control. When the skin condition is mild, it can be treated with topical medication. As for moderate to severe psoriasis, it may be alleviated with systemic or biological medication, as well as with phototherapy. If you have this condition, it is essential to discuss it with your medical team so as to determine what treatment approach is the most effective for your psoriasis.

6. There Is a Hereditary Component to Psoriasis

Fact. One of the major risk factors for psoriasis is having a family history of this skin condition. Accordingly, if one or both of your parents have it, you are more susceptible to developing it too. Because you inherited the genes that cause this skin condition, it may be triggered at some point in your life. Most individuals with psoriasis have at least one family member with this condition.

Regrettably, there is no cure for psoriasis, but the condition may have periods of remission, during which your skin will look completely normal. On the bright side, medical researchers are constantly working to find increasingly better treatments for psoriasis, which may eventually lead to the discovery of a cure for this skin condition.

It is worthy of note that people with psoriasis are twice as likely to be depressed as those who do not struggle with this skin condition. For this reason, it is important to seek the emotional support you need if you have psoriasis and experience depression. Talking with a counselor, psychologist, or other mental health professional about how your problem makes you feel can be very liberating, and you can receive valuable advice from these professionals about how to cope with the stress and anxiety it is causing you in your everyday life.