Posted on October 9th, 2019 in Orthopedics 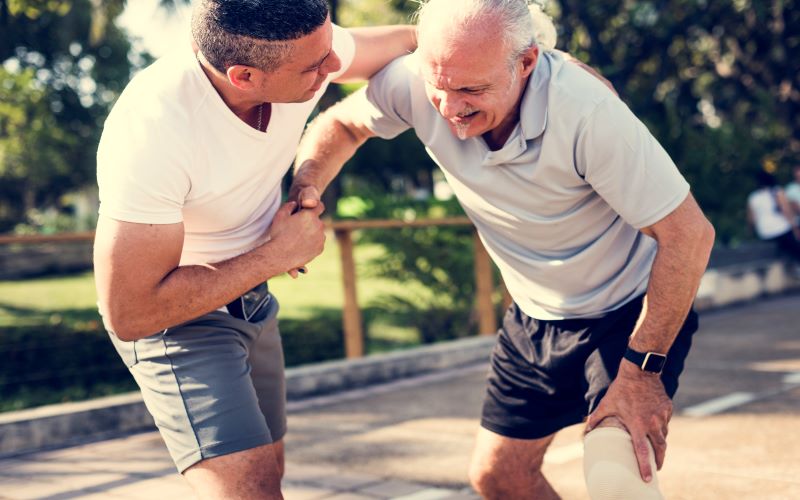 According to a U.S. population-based study published in the Journal of Rheumatology, older patients with ankylosing spondylitis (AS) have had twice as many total hip replacement surgeries in recent years as compared to the rates other patients have undergone this procedure.

Additionally, patients with AS who had hip replacement surgery also had twice as many knee replacement surgery compared to the patients who did undergo hip surgery. Researchers drew attention to the fact that hip intervention is considered quite earlier in order to avoid disability and further damage to the knee. Ankylosing spondylitis, a type of arthritis, which commonly affects the joints of the spine causes:

Other joints such as the shoulders, ribs, ankle, and joints of the hands and feet can also be affected by AS. Studies show that nearly 40% of patients with AS report hip arthritis symptoms and 12-25% of these patients end up undergoing total hip replacement surgery after three decades of living with the condition.

Total hip replacement (THR) consists of surgical removal of the damaged bone as well as cartilage followed by replacing it with an artificial joint. The researchers felt that the increase in THR rates can be attributed to the changing clinical indications and more liberal use of the technique.

The procedure offers other benefits, such as:

It was not clear whether the same trend occurred in patients with AS and moreover, the clinical indications for THR in such patients have not been modified. To investigate this, researchers utilized the population-based data collected from US Medicare beneficiaries and compared the rates of THR between older patients with AS and those without AS and also examined trends in these rates between the period 1999 and 2013.

Total Knee Replacement Rates Were Also Higher in Patients with AS

During the study period, the data on the number of patients who had a total knee replacement (TKR) was also analyzed. Usually, the knees remain unaffected in AS, but sometimes, the knee may be secondarily damaged as a result of chronic hip arthritis. Knee contractures and altered gait may develop from hip contractures.

In conclusion, the older strategy of postponing THR in younger patients with AS in order to avoid the need of future revision hip arthroplasties needs to be reconsidered because delaying THR will not only prolong pain and disability but also causes greater secondary damage to the knee and increases the need for TKR in the future.

Hip and knee replacement are two of the most common orthopedic procedures. Both procedures are very successful at eliminating pain, correcting deformities, and improving patient mobility so patients can regain quality of life and get back to the activities they enjoy.

At Cedars-Sinai Marina del Rey Hospital, patients with ankylosing spondylitis with severe deformities of hips, knees, and ankles are treated by a variety of surgical procedures followed by a comprehensive rehabilitation program.