Excessive Alcohol Consumption Can Damage More than Your Liver 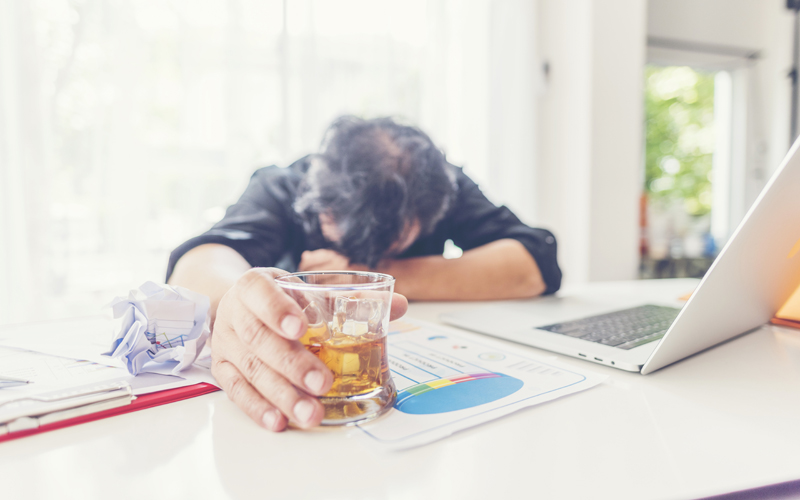 Roughly 39 million people across the country drink alcohol excessively, which is very alarming. Only 1 in 6 has sought help for their problem from a health professional. There are multiple forms of excessive drinking, including binge drinking and heavy drinking.

Frighteningly, 14.5 million people nationwide have alcohol use disorder, out of whom 414,000 are teenagers between the ages of 12 and 17. Excessive alcohol consumption, regardless of the form in which it comes, is extremely detrimental to our health and can damage considerably more organs in the body than the liver. If excessive drinking occurs for a long period of time, fat will build up in the liver of the person, which can, in turn, lead to inflammation and scar tissue.

Eventually, this will greatly affect the ability of the organ to function. As a consequence, numerous people who drink excessively develop alcoholic hepatitis, fatty liver, or alcoholic cirrhosis.

People who drink too much should be aware of all the dangers their unhealthy habit implies, which may hopefully prompt them to seek help from medical professionals before it is too late. Depending on how severe their drinking is, they may receive the care they need outpatient or inpatient.

Alcohol withdrawal can be very dangerous, as if your body has developed a high tolerance to alcohol and you stop drinking abruptly, you may experience delirium tremens, which is a medical emergency that can be fatal. The following article will explain how detrimental excessive alcohol consumption is to three other organs in the body than the liver, with a focus on the brain, which should make people with alcohol use disorder think more about seeking the help they need, as alcohol contributes to 88,000 deaths in the U.S. every year.

There is a strong connection between excessive alcohol consumption and damaged brain functions, which can result in conditions such as dementia, mental disorders, as well as deficits in learning and memory. If the person continues using alcohol in large amounts, their brain is at high risk of being permanently impaired. On the bright side, with prompt and adequate treatment, the damage can be partially or fully reversed. Everyone already knows that shortly after drinking, alcohol impairs cognitive and motor functions by slowing them down. Furthermore, alcohol can affect memory, judgment, and coordination, and it can also disrupt sleep patterns.

However, in the long run, drinking too much alcohol will affect several regions of the brain and also the central nervous system. Since alcohol is a depressant, it may dangerously suppress breathing and lower the temperature of the body, which can be deadly. When a person drinks, their dopamine levels increase significantly. Dopamine is one of the critical neurotransmitters of the brain and is responsible for regulating motivation, pleasure, and mood. The levels of dopamine can increase naturally when we engage in pleasurable activities such as eating delicious food, exercising, or spending time with friends.

Unfortunately, the more someone drinks alcohol excessively, the more they will need to keep their levels of dopamine high. This is how alcohol tolerance develops. The following are the portions of the brain that excessive alcohol drinking can affect beyond repair:

In addition to the long-term effects of excessive alcohol consumption on the brain mentioned in the list above, it is worthy of note that it can also lead to damage to the neurotransmitters, brain shrinkage, cognitive impairment, and severe withdrawal symptoms when the person tries to become sober. Because withdrawal can be fatal, heavy drinkers and binge drinkers are strongly advised to undergo detoxification under medical supervision, such as in a medical facility specializing in treating addictions.

Most people have heard that a glass of red wine is good for the health of their heart, but is this really the truth? According to certain medical studies, there is a connection between moderate alcohol consumption and a lower risk of coming to struggle with heart disease. This is because small amounts of alcohol may help slightly increase the level of good cholesterol in the body. Moreover, researchers suggest that red wine, in particular, may protect the heart because of the antioxidants it contains.

Nevertheless, the problem arises when the person consumes excessive amounts of alcohol, which can wreak havoc on the health of the heart. Consequently, heavy drinkers and binge drinkers have a quite high risk of developing high blood pressure, stroke, or heart failure. Excessive alcohol consumption was also found to be a contributing factor to cardiomyopathy, a disorder that damages the heart muscle.

As usual, moderate alcohol consumption was not found to affect kidney function. Nonetheless, excessive alcohol drinking is linked to the development or the worsening of kidney disease. Considering that the primary roles of the kidneys are to cleanse the blood of toxins and to turn waste into urine, it should come as no surprise that too much alcohol can severely damage your kidneys. It was proven that binge drinking, in particular, had a strong connection with acute kidney failure, which involves kidney function suddenly dropping.

It is important to note that kidney damage due to excessive alcohol drinking occurs gradually over the course of several years. Heavy drinkers are twice as likely to come to struggle with chronic kidney disease, a very harrowing condition for which sufferers will eventually need to undergo dialysis, as their kidneys will no longer be able to perform their usual functions. Alcohol takes a toll on the kidneys by hindering their ability to filter blood as well. It also affects their ability to regulate fluid and electrolytes in the body.

The bottom line is that excessive alcohol drinking can affect so many other organs in your body than the liver. Some of the negative health consequences of abusing alcohol that were not included in the article are pancreatitis, numerous types of cancer, and a weak immune system, which makes you prone to contracting infections and developing various diseases. If you or a loved one is struggling with alcohol use disorder, please seek help or encourage them to do so, as, in the long run, this addiction can kill.

You can start looking for the support you need online, where you should be able to find a good medical center in your area where you or the person who has this addiction can undergo detoxification. Keep in mind that people are significantly more susceptible to developing alcohol use disorder during the COVID-19 pandemic, as these awful times we are living imply loneliness and isolation, and some people will find their solace in alcohol or other addictive substances.