Everything You Need to Know About Monkeypox 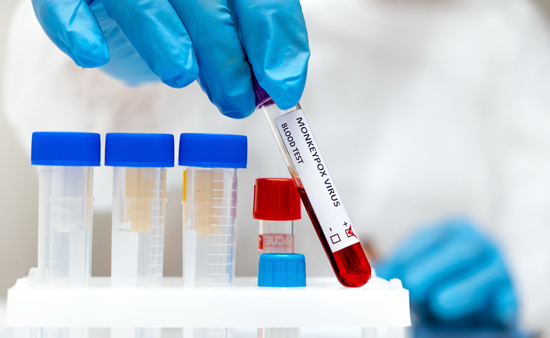 Monkeypox, a viral disease that is rarely fatal, has recently begun spreading across the globe, with over 22,000 people diagnosed in the United States so far.

The outbreak started in May, and the initial cluster of cases was found in the United Kingdom. However, unlike the coronavirus that led to the COVID-19 pandemic, the virus that causes monkeypox has been known and documented in medical literature since 1970.

Therefore, physicians know how people can protect themselves against it and what treatment is the most effective for the disease.

While monkeypox is far from being as contagious as the coronavirus, the symptoms it causes may be quite painful, so it is best to take the necessary precautions to prevent contracting it. The virus can spread if a person is bitten by a squirrel, rat, dormouse, or primate that is already infected. It can also spread between humans. Monkeypox is part of the same family of contagious diseases as smallpox but catching it results in milder symptoms. The following is a brief guide about monkeypox, including who is at risk, the symptoms, and how it is treated.

Who Is at Risk for Monkeypox and How Does It Spread?

The virus is typically found in the west and central parts of Africa, with nearly all cases occurring there until lately. Rodents carry the virus and sometimes infect people. When someone outside the continent became infected with monkeypox, it was usually because they had traveled to Africa. Nevertheless, under the recent outbreak, the virus mostly spreads among people who come in contact with each other when one of them has symptoms. Monkeypox is not contagious until the infected person experiences symptoms. The virus spreads between humans in the following ways:

In contrast to the coronavirus, monkeypox is rarely caught just by breathing the same air as an infected person. People who live in the same house as someone who has monkeypox, those who come in contact with wild animals, and healthcare workers are also at higher risk of contracting the virus. Furthermore, sharing the same eating utensils with a person who is infected without thoroughly washing them may also lead to catching the monkeypox virus. It is worthy of note that a pregnant woman can transmit it to the fetus through the placenta if she has monkeypox.

A person who caught the monkeypox virus will start experiencing symptoms roughly 3 weeks later. The symptoms are similar to those of the common flu. Still, some are specific to the disease, namely skin rashes, and lesions. On the first to the third day of the onset of fever, the symptoms concerning the skin appear. The rash tends to occur on the face, the palms, and the soles of the feet, but they can also be found in the mouth, genitals, and eyes. These lesions may be flat or raised, filled with clear or yellow fluid, and when they heal, they crust over, dry up, and fall off.

These are the most common symptoms of monkeypox that resemble those of the flu:

If you suspect you caught the virus that causes monkeypox, you should not panic, as the disease goes away by itself within 2 to 4 weeks since you begin having symptoms. Nonetheless, to be on the safe side, you may want to schedule a doctor’s appointment, but you should first call your primary care provider to inform them about your symptoms and that you believe you have monkeypox. When going to the doctor, you should take the appropriate precautions to prevent spreading the virus – cover the areas where you have a skin rash and wear a face mask.

How Is Monkeypox Treated?

Most people who contract the monkeypox virus and exhibit symptoms of the disease will only be prescribed antiviral drugs. There is no specific medication for monkeypox, but since it has genetic similarities to smallpox, the same drugs used to treat the latter generally work for people who have the former. You might have heard about tecovirimat, a drug that may be helpful in the treatment of monkeypox. This medication is approved only for smallpox but is considered investigational for monkeypox. Investigational drugs can be prescribed just for severe monkeypox cases or for people with a high risk of developing severe complications due to underlying health conditions.

While there are two approved vaccines for monkeypox that can prevent the occurrence of the disease in people exposed to the virus, only some individuals need one. The following categories of people may be advised to get vaccinated:

In conclusion, there are small chances of catching the monkeypox virus, and even if you do, the disease will go away on its own if you do not have certain health conditions that increase your risk of complications. Your physician will know what to do in this case, and you will get the care you need. They will most likely prescribe you tecovirimat or another investigational drug. As for people who are not at risk for health complications, they will also receive the medication they need to alleviate the discomfort monkeypox causes, such as prescription mouth rinses, stool softeners for those with rectal pain, or topical creams.