Can You Get Enough Nutrients on a Raw Vegan Diet? 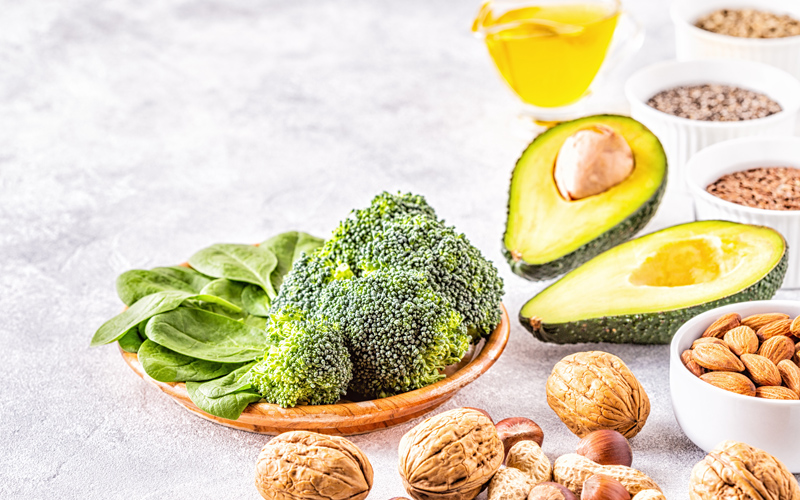 As a philosophy and lifestyle that seeks to eliminate all forms of animal cruelty and exploitation as far as it is possible and practicable, veganism has recently gained significant popularity throughout the United States.

Even though the term "vegan" was coined in 1944, it was only during the last decade that more and more people have decided to adopt a vegan way of living. Between 2004 and 2019, there was a 300% increase in the number of vegans.

Today, approximately 3% of the population of our country is vegan. Veganism is very complex, as every individual whose life is guided by it understands it differently. For some, being vegan means only eating a diet that excludes all animal products and by-products, such as meat, dairy, eggs, shellfish, and honey. On the other hand, for others, veganism also means buying only products that have not been tested on animals and that do not have animal products or by-products as ingredients, refusing to partake in activities that entail using animals for entertainment, such as zoos and circuses, and wearing only clothes that are not made of wool, fur, leather, or silk.

The reasons why someone chooses to go vegan are numerous, including the refusal to contribute to animal cruelty and exploitation, the hope to improve the environment, and their personal health. Our article will focus on the health benefits and drawbacks of a raw vegan diet. However, before we analyze whether this diet is sustainable, it is important to make the distinction between a vegan diet and a raw vegan diet, as our focus is on the latter. In addition to excluding all animal products and by-products, raw vegans also reject cooked and processed foods. This diet combines the concepts of veganism with those of raw foodism.

What Can You Eat on a Raw Vegan Diet to Make Sure You Remain Healthy?

Most people decide to eat a raw vegan diet because of the health benefits it can have, such as a lower risk of diabetes, weight loss, avoiding heart disease, and a reduced level of cholesterol. Nevertheless, it is essential to understand the principles of raw veganism before adopting this diet, as otherwise, it may actually damage your health instead of improving it. The following are the nutritional sources of the food pyramid in the order of importance that raw vegans should ideally adjust their diet after to maintain or improve their health:

If you make sure you follow the raw vegan food pyramid and include a lot of the foundation foods in your diet, namely leafy greens, fruits, and vegetables, you should not experience any health problems. On the contrary, you may notice that your health has drastically improved within several months of adopting a raw vegan diet. Nevertheless, having a raw vegan diet that is sustainable can be quite difficult, especially for beginners. For this reason, we strongly advise you to consult with a nutritionist before making the transition to a raw vegan diet.

The Risks of a Poor Raw Vegan Diet

Failing to adequately plan your raw vegan diet is very likely to result in more or less serious health problems, depending on how good your health was before adopting it. Although a raw vegan diet can be appropriate for anyone if it is balanced, it is easy to slip up if you are new to it. Therefore, you should ensure that you eat enough foundation foods, the right amount of proteins and amino acids, as well as a limited intake of medicinal foods. The following are the most common health issues caused by a poorly planned raw vegan diet:

The list of health problems that you can experience as a consequence of a raw vegan diet gone wrong is obviously longer, but these are the most studied ones. To prevent facing a health issue due to your raw vegan diet, we strongly recommend you avoid undereating and extremism, such as refusing to take medication even when your body desperately needs it. The last may come as a surprise, but the reality is that there are some raw vegans that take their diet and lifestyle that comes with it to the extreme by striving to eat only “clean” foods and rejecting any unnatural substance, such as medication, which may be very dangerous and even life-threatening.

Following a vegan diet correctly and safely entails at least 75% of your food being raw or cooked at temperatures below 104-118°F or 40-48°C. Moreover, you must avoid all animal products and by-products entirely and eat plenty of fruits, vegetables, nuts, and seeds. On a raw vegan diet, you should avoid the following foods:

After discussing with a nutritionist about the change you want to make in your diet, the next step you must take if you want to transition to a raw vegan diet is getting rid of the food you were previously eating and stocking your fridge and pantry with the foods and ingredients that are suitable for your new way of eating. Subsequently, you should find some raw vegan recipes that are easy to follow, such as curry and zucchini noodles, cauliflower fried rice, tomato avocado mushroom corn soup, and spinach pesto veggie pasta, before venturing to prepare more complex recipes. Below you can find what you can basically eat on a raw vegan diet:

In conclusion, the raw vegan diet can be sustainable if you follow it correctly and avoid undereating and extremism. It was proven to have numerous health benefits, such as providing the highest nutrient density, being very rich in fiber, and promoting optimal digestion. On top of that, it is also very important for the future of our environment, as well as for the abolition of cruelty and exploitation that affects over 200 million animals worldwide every day.

Nonetheless, if you have decided to adopt a raw vegan diet, regardless of your reasons, we strongly advise you to first talk to a nutritionist who has experience in this way of eating, as they will help you adjust raw veganism to your personal nutritional needs and overall health.