The Differences Between a Heart Attack and a Panic Attack 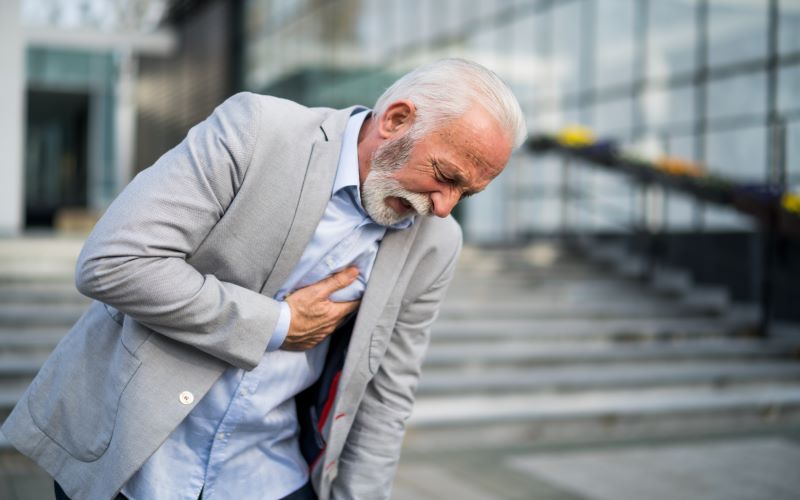 Pressure in the chest, shortness of breath, racing heartbeat, and tingling sensations can all be signs of a panic attack or a heart attack. The two can feel very similar.

What's dangerous is that patients could:

Hospitals have amazing techniques to treat heart attacks, but they are most effective if patients come in right away.

It's preferable that doctors see a patient with chest pain who turns out not to have a serious medical issue than they see a patient who comes in hours or days later when the opportunity for treatment has passed.

It's very important to rule out a heart condition before pursuing the diagnosis of a panic disorder. Women have a higher rate of panic attacks as do the younger patients, but it is a myth to think that the elderly are immune or do not have panic attacks; they can also have them.

Unfortunately, physically, a panic attack and a heart attack may feel similar, but heart attacks can be fatal without a physician's assessment, testing, and if left untreated.

Panic disorder is a clinical term used for repeated episodes of fear and anxiety which can occur out of the blue or can be related to specific situations or even places. However, while panic attacks are not life-threatening, although they are intensely uncomfortable.

Keep an eye out for some of these symptoms that could be related to either a heart attack or panic attack:

Other serious conditions may also share the similarities between a heart attack and a panic attack, for example:

When a person has never experienced the symptoms of a panic attack and a heart attack before, it's difficult to know the difference between them. Yet, a person can weigh several factors, including:

The best predictor of whether symptoms are due to panic versus heart attack are:

Patients who have a diagnosed panic attack disorder can try deep breathing or other relaxation techniques to see if their symptoms improve. But they should not delay long. Patients can also use medications provided to them by their physician for home use.

People with recurrent panic attacks benefit from seeing a therapist or psychologist who can help them with anxiety disorders. When experiencing new-onset or prolonged symptoms of panic attacks, young patients can get evaluated in urgent care.

Patients who have risk factors or known heart disease should come to the ER when:

It's very important to treat heart attacks immediately as delays in diagnosing and treating heart attacks can cause permanent damage to the muscle of the heart, physical disability, or death.

When patients experience the following symptoms, they should immediately go to the emergency department:

Heart attacks tend to occur in the following groups, who should also go to the ER right away:

Anybody that has chest pain would be best advised to seek immediate medical attention. At Cedars-Sinai Marina Del Rey Hospital's emergency department, we can perform several tests to distinguish whether patients are having a panic attack or a heart attack. These tests include an EKG, blood tests, and some type of stress test.