The Difference Between Viruses, Bacteria and Fungi 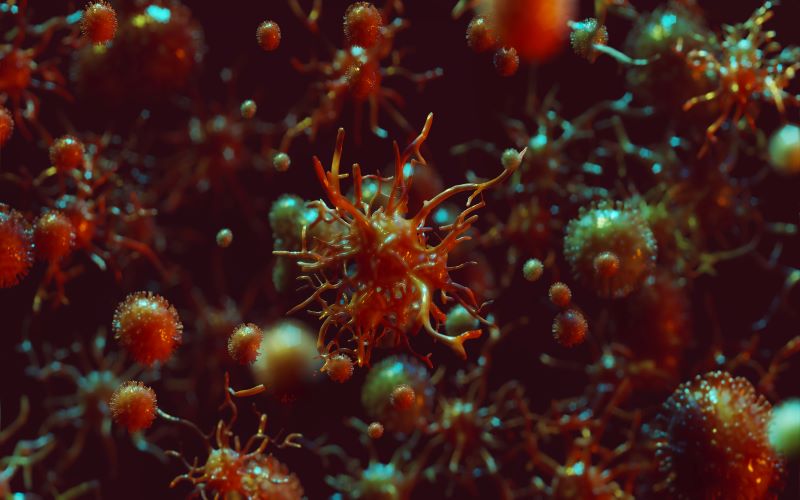 Everyone is surrounded by tiny colonies of microorganisms, whether present in the air, food, water, or homes, including viruses, bacteria, and fungi.

While most of these minuscule microbes are harmless, some are pathogens, which means that once they enter the human body, they can cause a health problem.

However, you may wonder the difference between a virus, such as the novel coronavirus, bacteria, and fungi, and how these microorganisms lead to the development of a condition or disease. Furthermore, you may ask yourself what treatment the infection with each of these microbes requires.

This article is meant to provide answers to your questions and offer you information about how viruses, bacteria, and fungi act once they are inside the body.

Some of the most common viruses cause flu and colds. These are easy to treat with modern medication. Nevertheless, others can lead to the development of more serious conditions, such as coronavirus infection.

A virus is actually one of the simplest germs, being just genetic material encased in protein. There are ongoing debates among researchers concerning whether a virus is even a living microorganism. If it exists by itself, a virus can accomplish nothing, as it must enter a living thing to perform the only function it can replicate.

It is worthy of note that a virus can infect even bacteria and fungi. When it enters a human body, a virus will hijack the cellular machinery of the individual to create clones of itself, overtaking more and more cells and continuing to reproduce. In the unfortunate case that a virus reproduces at a more rapid pace than the immune system can control it, it will start destroying healthy cells and subsequently harming the body.

A virus is also the smallest of germs, which is why it is so easy to contract one since it can be spread from person to person through the air when coughing or sneezing.

Some viruses are spread through bodily fluids or by mosquitoes. Because viruses are so different, there is no specific medication to counteract the effects it has on your health. Instead, you can prevent viral infection by getting a vaccine against some of the most common viruses, such as polio, hepatitis B, rubella, and measles. The purpose of vaccines is to offer preventive protection from certain viruses by training the body's immune system to identify and attack specific viruses. It is important to know that antibiotic drugs do not work in destroying viruses.

Interestingly, we have tremendous bacteria colonies in our guts, which actually help strengthen the immune system. They are significantly more complex and larger than viruses but can also spread through the air. Unlike viruses, bacteria can reproduce by themselves nearly anywhere, be it in the water, soil, or even our own bodies.

However, sometimes, bacteria can become harmful to our health, as they may begin replicating fast and thereby destroying normal cells. Moreover, some bacteria can produce toxins that kill healthy cells and cause a damaging immune reaction.

Luckily, there is a wide range of antibiotics available nowadays, whose purpose is to destroy the bacteria that are causing harm to our health. Antibiotics are also added to our food supply to ensure no harmful bacteria are present in it. Unfortunately, some bacteria can quickly evolve to evade antibiotics, in which case the medication is no longer effective. Because bacteria share genes resistant to antibiotics, more strains can generate resistance to the medication we use to treat bacterial infections.

Fungi is responsible for causing conditions such as yeast infections, valley fever, and meningitis.

Fungi are considerably more complex than bacteria, as they are eukaryotes, which means they have cells. Out of the three pathogens, fungi are the most similar to animals in their structure. There are two types of fungi: environmental and commensals. While the former are yeast and mold that usually live in soil and rarely cause infection in people, the latter live inside our bodies but are rarely harmful.

Surprisingly, certain fungi play a beneficial role in our health. However, some environmental fungi generate spores, tiny particles that can reach the inside of our bodies through the lungs or the skin. They are particularly dangerous to people with a poor immune system, as they reproduce rapidly, thereby causing extensive damage to the body. There are also fungal infections caused by the overgrowth of commensal fungi.

Nonetheless, serious fungal infections, such as aspergillosis, affect the lungs, and meningitis, which affects the brain, needs to be treated in a hospital.