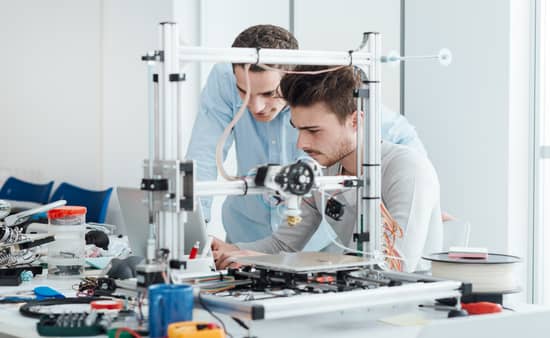 With over 30,000 new cases diagnosed every year, amyotrophic lateral sclerosis is a fatal neurological disorder.

When the motor neurons can no longer send impulses to the muscles, the muscles begin wasting away, causing increasingly worse weakness.

Because amyotrophic lateral sclerosis is a degenerative disease, its prognosis is quite grim, as:

The scientists at Cedars-Sinai have recently developed a cloud database, which they call Answer ALS, in the hope of helping medical specialists across the world better understand the disorder. Over 100 researchers have contributed to creating this web-based tool, as it contains clinical and biological data from more than 1,000 patients with amyotrophic lateral sclerosis. Answer ALS offers data that can be used to identify the clinical, molecular, and biochemical subtypes of amyotrophic lateral sclerosis. A unique smartphone-based system was employed to collect deep clinical data, including fine motor activity, as well as:

Because there is no cure for amyotrophic lateral sclerosis, most people do not live more than 5 years following diagnosis, so this cutting-edge tool might prove to be a real breakthrough. "This is one of the largest resources for ALS samples in the world. It's a critical step forward in finding new treatments for a very complex disease that has really no effective treatments available," says Clive Svendsen, Ph.D., executive director of the Cedars-Sinai Board of Governors Regenerative Medicine Institute and a co-author of the paper and co-director of the Answer ALS program.

Answer ALS Could Help the Development of New, Effective Treatments

The information medical specialists will be able to find by virtue of Answer ALS will be useful for guiding disease management and lead to the development of new medication targeting specific cells and pathways found in certain subgroups. The pathogenesis of sporadic amyotrophic lateral sclerosis, which accounts for 90% of cases, remains a mystery. To date, clinical studies have not found any reliable data to suggest a common pathway or a means to target relevant biological subgroups.

So far, most people who suffer from amyotrophic lateral sclerosis have been given the drug riluzole to keep their disorder under control for as long as possible. However, this drug is quite problematic, as:

Furthermore, drugs such as baclofen or diazepam might be prescribed to a person with amyotrophic lateral sclerosis to help control their spasticity. Therefore, the current treatment options are not very effective, so with the assistance of Answer ALS, medical specialists would be able to investigate the particularities of each patient's condition and subsequently determine what the best treatment is for their unique case.

The researchers at Cedars-Sinai have encountered some obstacles while developing Answer ALS, as the platform is a completely novel concept, but they eventually came up with clever and effective ideas to overcome the impediments. This is how the platform came into being:

As one of the most powerful tools available at the moment to take a close look at the protein content of a cell, proteomics offers medical specialists insight into attractive, viable treatment targets. When the model was ready, researchers collected blood samples from over 1,000 patients with amyotrophic lateral sclerosis from across the entire country. The samples were then sent to Cedars-Sinai, where Dhruv Sareen, Ph.D., director of the induced pluripotent stem cell facility at the Regenerative Medicine Institute, and his team reprogrammed the white blood cells into induced pluripotent stem cells (iPS) for each patient. Finally, the stem cells were turned into motor neurons.

Researchers have never created so many iPS cell lines, nor have they generated neurons from these cells before at such a large scale. They believe that the platform will allow scientists to finally discover the mechanisms leading to amyotrophic lateral sclerosis. Another great advantage of Ask ALS is that the entire research community has now access to patient cells by virtue of the repository of the platform. Furthermore, data is constantly being collected and added to the open-source portal from which scientists can download it. With the new knowledge the researchers have uncovered, they may, at last, be able to develop medication targeted to the subtypes, paving the way for new and improved therapies.