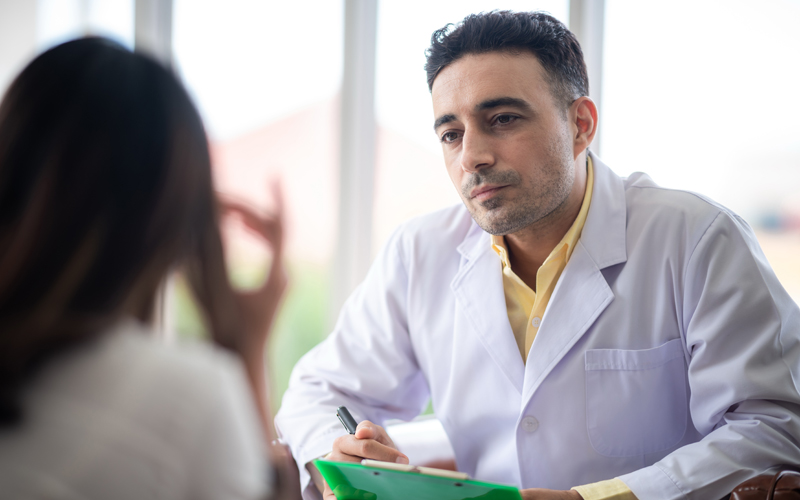 As a neurological disorder that causes the person to experience frequent seizures, epilepsy is currently affecting 3.4 million people in the United States, out of whom 470,000 are children.

It is one of the most ordinary neurological disorders in the world, and, in the majority of cases, it can be easily kept under control with anti-epileptic medication such as sodium valproate, lamotrigine, carbamazepine, and topiramate.

Nearly 2 in 100 people will develop epilepsy at some point during their lifetime. Epilepsy is most often diagnosed in children but can occur at any age. The following are 7 myths about epilepsy debunked.

1. You Need to Restrain a Person Who Is Having a Seizure

The truth is that you should never restrain someone who is having a seizure due to epilepsy. Instead, you should make sure they are on the ground, laying on their side, with a pillow or something soft under their head, preferably, and you should let the seizure run its course. Of course, if they happen to experience a seizure while they are near a window or over a balcony, you should quickly move them to a safe place. Trying to restrain the person who is having a seizure can actually harm them, and it will not make the episode shorter or speed up their recovery.

2. People Can Swallow Their Tongue During Epileptic Seizures

False. It is impossible for a human being to swallow their own tongue. Many people attempt to insert something in the mouth of the person who is having a seizure to prevent the individual from swallowing their tongue. However, this action is useless and can even hurt the individual, as they might choke on the object put in their mouth. Although a person with epilepsy is losing control of most of their muscles during a seizure, there is a piece of tissue in our mouths beneath the tongue that holds it in place.

In fact, the vast majority of people with epilepsy are perfectly able to hold down a job as long as they take their treatment correctly and regularly. Epilepsy does not affect the level of intelligence of a person, nor does it impact their skills and abilities. It is true that some people experience severe seizures and cannot work, but these cases are quite rare. Most individuals with epilepsy are successful and productive in careers that are even challenging.

As morbid as it may sound, epilepsy can actually result in death if the person is experiencing a prolonged seizure that is medically known as a status epilepticus. Nevertheless, to be able to get the right idea about death and epilepsy, you should know that the disorder kills 1 in 1,000 people, so the chances of dying as a result of epilepsy are quite low. In addition to status epilepticus, someone with epilepsy may lose their life accidentally if they go through a seizure and fall from a great height or drown in the bathtub.

5. Treatment Works for Everyone with Epilepsy

Unfortunately, while most people can keep their epilepsy under control with the right medication, there are some for whom treatment simply does not work. They may be recommended to undergo surgery to have the tiny portion of their brain that is responsible for seizures removed or to have a small device that can control seizures implanted in their bodies. People who cannot benefit from anti-epileptic drugs may also try a ketogenic diet to lower the frequency of their seizures. Nonetheless, for certain individuals, none of these treatment approaches work, and they have to live with frequent epileptic seizures.

6. If You Have Had a Seizure, You Have Epilepsy

This cannot be further from the truth. Seizures can have a wide range of causes, from brain infections such as meningitis and electrolyte imbalances to drug abuse and alcohol withdrawal. A seizure occurs when a burst of uncontrolled electrical activity between brain cells that causes temporary abnormalities in movement, behavior, muscle tone, and state of awareness takes place. There are over 40 types of seizures, some of them epileptic and others not. In conclusion, if you have experienced one seizure, this does not necessarily mean that you have epilepsy.

7. People with Epilepsy Are Not Allowed to Drive

As long as the seizures are kept well under control with medication and as long as the person with epilepsy meets the requirements of the relevant driving authority in their state, people with this neurological disorder can obtain a driver’s license and subsequently use a car. You may alternatively be given a learner permit if you are on your way to having your epilepsy under control. Everyone who has had a seizure in their lifetime must notify the licensing body in their state, as they are required to do so by law. Other sources state that you must have been free of seizures for a year before applying for a driver’s license. It is recommended to consult the laws in this respect in your state to see how you can become a driver with epilepsy.

If you were not familiar with epilepsy, the content of this article might have surprised you. Epilepsy is not a life sentence and rarely prevents you from leading a normal, regular life. As you have read, people with this neurological disorder can accomplish the same things someone without it can. They can have successful careers, they can keep their disorder under control, and they can also drive in the vast majority of cases. If someone you know has just been diagnosed with epilepsy, we encourage you to share what you have learned today with them in the hope of helping them understand their disorder better.