The Benefits of Laser Ablation for Epilepsy 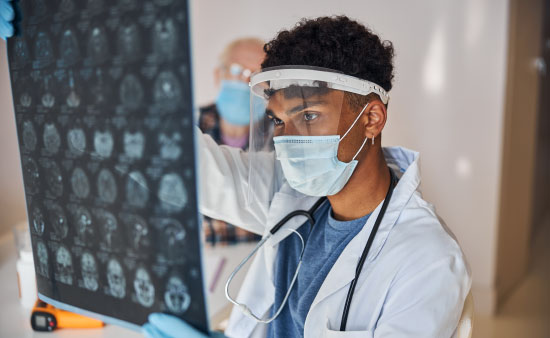 Also known as thermal ablation, laser ablation has become a viable treatment option for people with focal epilepsy. The procedure uses laser technology to deliver a specific amount of energy to a certain brain region. It is significantly less invasive than classic epilepsy surgery, as it does not involve opening the skull.

Surgery to treat mesial temporary lobe epilepsy accounts for up to 31% of all epilepsy procedures. However, it seldom involves laser ablation. Most people with focal epilepsy undergo laser ablation because taking anti-seizure medication, which is the standard treatment for epilepsy, failed to reduce the frequency of their seizures.

Perhaps the greatest benefit of laser ablation for people with epilepsy is that it can remove a seizure focus with exceptional accuracy. The procedure is also called thermal ablation because once delivered to the problematic brain area, laser energy changes into thermal or heat energy.

Laser ablation is carried out using MRI technology, as the surgeon needs to monitor the heat so that it targets the correct brain area and ablates it. Furthermore, a computer program marks the temperature where the probe is placed to help protect the brain tissue around the seizure focus. If you are interested in laser ablation for epilepsy, here is more information about it.

How Is Laser Ablation Carried Out for Patients with Epilepsy?

Before having laser ablation you will have to undergo a full examination at one of the epilepsy centers in your area. This is to make sure you are a good candidate for the procedure and that you will not be at risk by undergoing it. The medical experts will conduct a series of tests before laser ablation to determine exactly where your seizures start and whether that brain area can be safely removed. Once the region has been pinpointed, you will be scheduled for laser ablation.

On the day of the surgery, you will first receive general anesthesia, as laser ablation for your brain is usually a procedure that can be quite anxiety-inducing. You will also have to lie still during the entire intervention. Afterward, a tiny incision is made in your scalp, and subsequently, a small hole, the size of a pencil, is drilled into your skull. The surgeon and their medical team will use MRI technology in the operating room to map out the area that has to be ablated with precision.

A small tube with the laser probe is guided using the MRI through the hole in your skull to the seizure focus, which will heat up and destroy the targeted area. Finally, a computer program verifies the temperature in adjacent brain regions to protect them from heat injury. The hole in the bone and the skin incision are closed once the procedure is completed. You will usually spend only a day or two in the hospital following laser ablation.

Which Epilepsy Patients Are Good Candidates for Laser Ablation?

The primary criterion the person with epilepsy has to meet so as to undergo laser ablation is that their diagnosis must be compatible with the procedure. More specifically, they must have a subtype of focal epilepsy, such as mesial temporal lobe epilepsy, which is the most common subtype. This is because the laser can target only a certain brain area from which the seizures originate. Subsequently, if their seizures persist despite trying two or more anti-seizure drugs, the next step is to determine whether surgery is a feasible option.

It is worthy of note that people and children who experience seizures from brain lesions such as the following might also be good candidates for laser ablation:

Nevertheless, only after a thorough medical examination will you know whether you qualify for undergoing laser ablation for epilepsy or other brain lesions causing seizures.

What About Cortical Resection?

As the most common surgery for epilepsy, cortical resection is open surgery, as it involves opening the skull and taking out the area of the brain where seizures originate. It entails more serious risks than laser ablation, which is a far less invasive procedure, such as:

A cortical resection will take longer to perform, and the patient will have to spend more days in the hospital and have a lengthier recovery period. While this surgery might sound unsettling, it is effective for certain patients and safe if done by a competent, experienced neurosurgeon.

How Effective Is Laser Ablation for Epilepsy?

Ultimately, it is you, together with your physician and a knowledgeable neurosurgeon, who will decide on the procedure you will undergo if your seizures cannot be kept under control with anti-seizure medication only. Your overall health, with emphasis on your brain health, will be evaluated in-depth to determine which procedure is the safest and the most effective for you.