Alzheimer’s Disease: Who Is at Risk, Symptoms, Advice for Caregivers, and Treatment 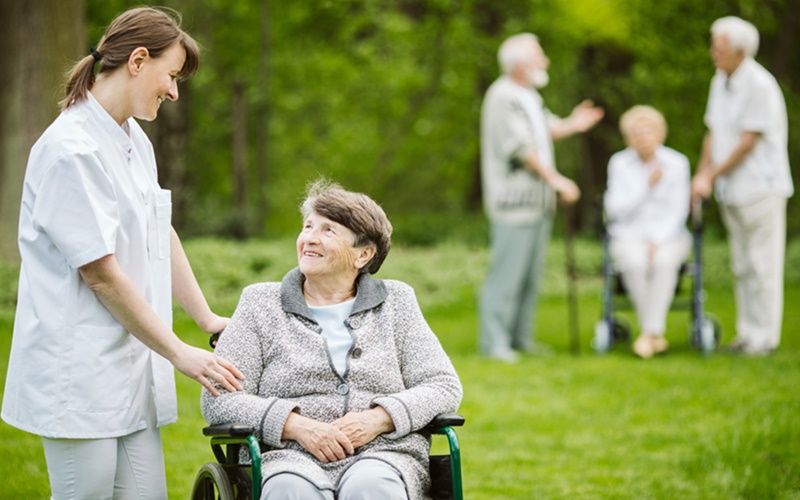 There are 6.2 million people in the U.S. who are currently struggling with Alzheimer’s disease, which is the most prevalent type of dementia. It is a progressive disorder that begins with mild symptoms such as forgetting the names of places and objects, misplacing items, asking questions repetitively, and showing poor judgment.

Alzheimer’s disease will eventually lead to the loss of the ability to carry on a conversation and respond to environmental stimuli. Roughly 72% of people with this disorder are over the age of 75. Furthermore, 1 in 9 people age 65 or older suffers from Alzheimer’s disease. Alarmingly, the number of people who develop this form of dementia is expected to increase to 13 million by 2050. While having Alzheimer’s disease may not seem like a very serious health problem at first glance, the reality is that it kills 1 in 3 seniors, which means that it claims more lives than breast cancer and prostate cancer together. Between 2000 and 2019, the death rate of heart disease decreased by 7.3%, whereas the death rate of Alzheimer’s disease increased by a whopping 145%.

It is also noteworthy that almost two-thirds of people with this disease are women. Because Alzheimer’s disease is becoming more and more prevalent, the general population should become aware of what this condition implies and how it affects the elderly.

What Are the Key Risk Factors for Alzheimer’s Disease?

Although medical researchers have not yet found the exact cause of Alzheimer’s disease, they were able to pinpoint a series of factors that increase the risk of developing this form of dementia. When the condition starts developing in a person, multiple changes occur in the brain, which will eventually have fewer healthy cells and become considerably smaller. Moreover, the brain cells also create 2 types of flaws, namely:

Because plaque and tangles cause damage to the nearby healthy brain cells, they will eventually die, which results in the shrinkage of the brain. It is actually these changes that lead to the development of symptoms such as memory loss and speech problems in people with Alzheimer’s disease.

When it comes to risk factors, medical researchers have found several for this form of dementia, namely:

In addition to these risk factors, which have been studied relentlessly by medical researchers, there are others that may play a role in the development of Alzheimer’s disease. However, these risk factors do not have a strong connection with the condition but may be related. They include hearing loss, depression, loneliness, social isolation, and a sedentary lifestyle.

Since Alzheimer’s disease is a progressive condition, meaning that it worsens over the years, there are symptoms that are specific to every stage of the disease. Family members should be aware of the early signs of Alzheimer’s disease if they have a relative who is elderly and at high risk of developing it. It is important to know that how fast the disease advances varies from individual to individual. During the early stage of Alzheimer’s disease, the primary symptom is memory lapses. Nevertheless, the person will experience other symptoms as well, such as:

The symptoms above are generally signs of mood changes such as agitation, confusion, and anxiety. During the middle stage of Alzheimer’s disease, the person will find it more and more difficult to remember the names of their loved ones and may also struggle to recognize their family members and friends. This stage of Alzheimer’s disease is usually accompanied by symptoms such as:

Some people who are in the middle stage of Alzheimer’s disease also experience symptoms of vascular dementia, which is the result of reduced blood flow to the brain. At this point, people with Alzheimer’s disease will need support from a caregiver or a family member to perform their daily tasks, such as eating, getting dressed, showering, and using the toilet. Finally, the later stage of the disease entails the following symptoms, which you will see that have drastically worsened compared to those present in the early stage:

Naturally, people whose Alzheimer’s disease has reached this stage will need permanent assistance with their everyday routine, as they are no longer able to take care of themselves. Caregivers should be well-informed and thoroughly educated about what Alzheimer’s disease implies for the sufferer in order to know how to offer the assistance they need. The following part of the article will provide caregivers with several tips on how to efficiently attend to the needs of a person with Alzheimer’s disease.

How to Properly Take Care of Someone with Alzheimer’s Disease

A person who takes care of someone who has Alzheimer’s disease will have a greater and greater role in providing assistance to the sufferer as their condition worsens. We have compiled a list of practical tips on how to manage taking care of someone who struggles with Alzheimer’s disease, whether they are a family member or a stranger whose wellbeing you are in charge of:

What Is the Treatment for Alzheimer’s Disease?

Because Alzheimer’s disease is extremely complex, no cure has been found yet by medical researchers. Nonetheless, there are certain medications that can help keep the disease under control in people whose condition is in the middle stage. It is worthy of note that on June 7, 2021, the U.S. Food and Drug administration provided accelerated approval for the use of the newest medication for Alzheimer’s disease, which is called Aducanumab. Taking it reduces amyloid deposits in the brain, which may slow down the progression of the disease.

Aducanumab is the only disease-modifying drug that is currently approved to treat Alzheimer’s disease. It is a human antibody that targets the protein beta-amyloid and reduces amyloid plaques, which are brain lesions specific to Alzheimer’s disease.

The following are the medications that may be prescribed to patients with mild to moderate Alzheimer’s disease so as to keep their symptoms under control and provide them with comfort, independence, and dignity for a longer period of time:

Unfortunately, most people with moderate to severe Alzheimer’s disease will not experience a significant alleviation of their symptoms if they take medication. Despite this fact, they will still be prescribed various drugs to help reduce the intensity of their symptoms, the most common being Memantine. This drug can help a person with Alzheimer’s disease maintain their ability to use the toilet and the shower on their own for several more months, which is a benefit for both the sufferer and the caregiver. Memantine works by regulating glutamate, a very important brain chemical. When it is produced in too large amounts, glutamate may lead to brain cell death.

Seeking Multiple Opinions for the Treatment for Alzheimer’s Disease

Sadly, Alzheimer’s disease is a quite aggressive condition, which is why most patients live only 4 to 8 years following diagnosis. On the bright side, some individuals can live as long as 20 years with the disease, depending on how early it was diagnosed and on the effectiveness of the treatment. Interestingly, the changes in the brain that are characteristic of Alzheimer’s disease begin developing years before the person experiences the early symptoms of the condition.

If you or a family member has Alzheimer’s disease, we advise you to visit more than one medical specialist, particularly the condition was found in the early stage, so as to receive the best treatment available. Seeking a second opinion is highly recommended for people with this diagnosis, as the first healthcare provider may not prescribe the right treatment. However, this is not because they are incompetent, but because coming up with the most effective treatment plan for someone with Alzheimer’s disease can be extremely challenging. Ultimately, it is a matter of trial and error until the sufferer receives the right treatment.